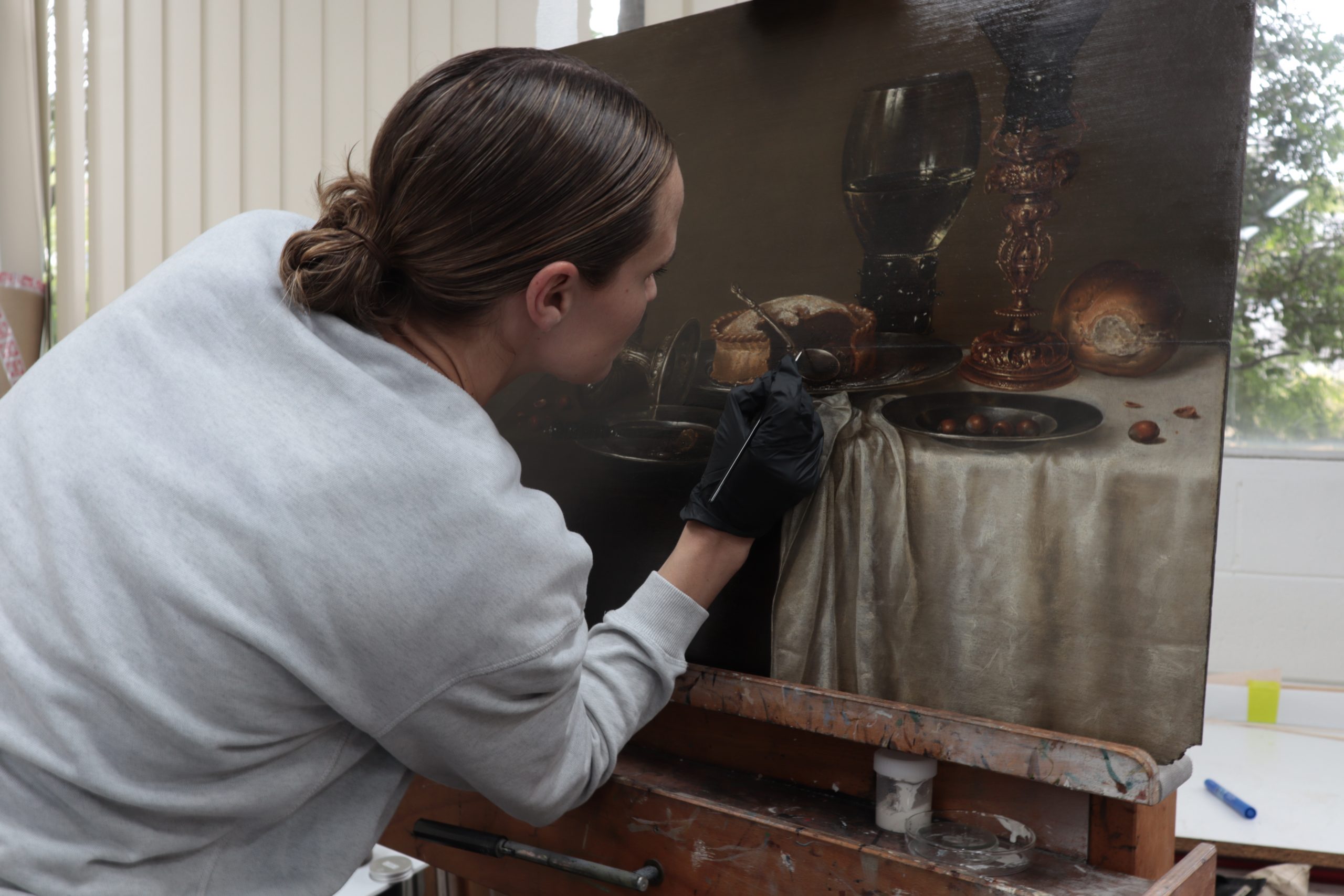 ICS won the 2022 NSW National Trust “Conservation – Interiors and Objects” Award for this project, with its submission titled “The Discovery of an Old Master Panel Painting Masquerading as a 19th Century Copy”.  The discovery of this artwork made headlines around the world.

The artwork was delivered to ICS for conservators to ascertain any additional provenance. The painting was also in need of significant conservation treatment.

On initial examination, the painting was found to be covered in a heavy surface dirt and discoloured varnish, which significantly obscured the composition and any artists’ signature. Once removed from its frame, and after careful examination, conservators determined that the still life was painted in a style consistent with 17th century materials and techniques. It also bore similarities to the still life paintings of Willem and Gerret Heda.

Both artists were known for concealing their signatures in discreet locations and this was confirmed when examination under microscope revealed a Heda signature and a 17th century date, discretely concealed on the blade of a knife within the composition.

Puzzlingly, two signatures were identified, father Willem and son Gerret Heda. A world expert in Dutch panel paintings, Fred Meijer, was contacted, and after some months, the painting was authenticated as being a genuine Gerret Heda. 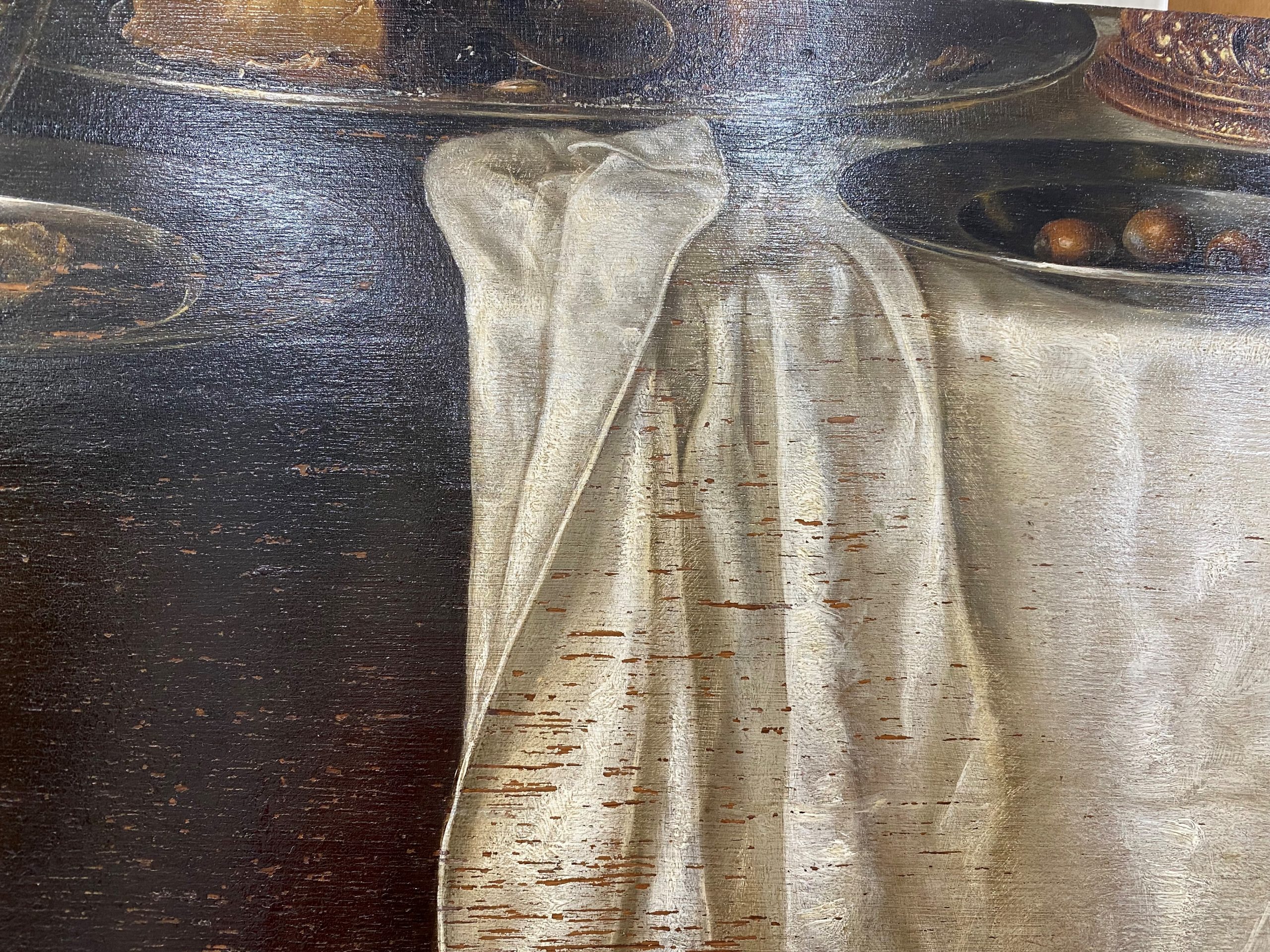 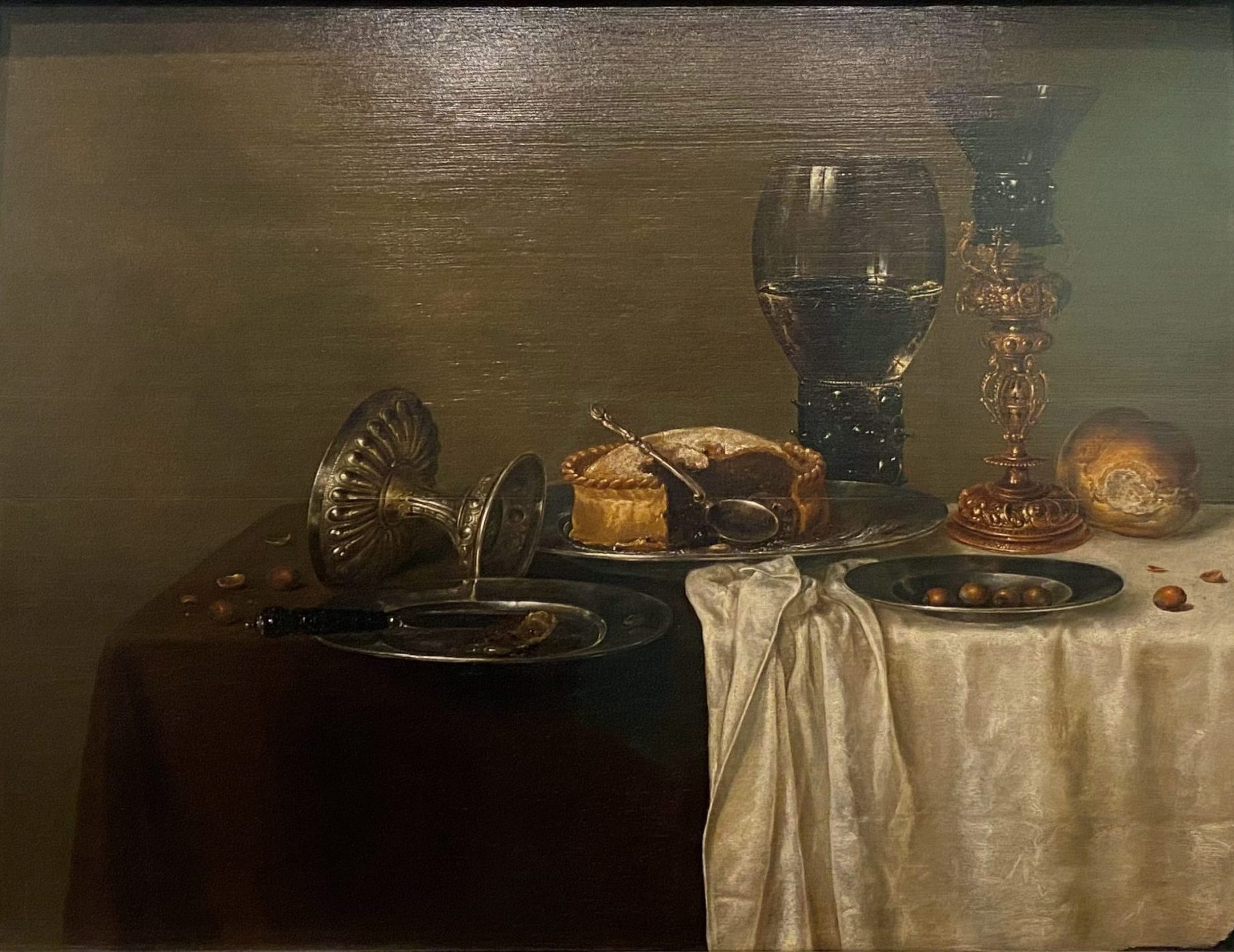 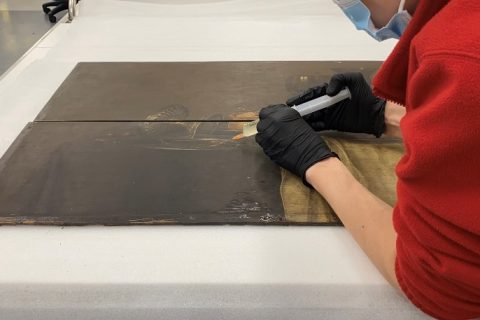 Joining of the two panels 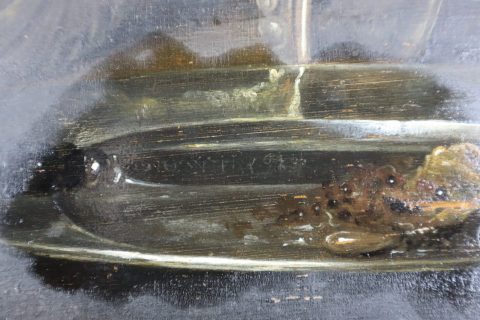 Discovery of the signature 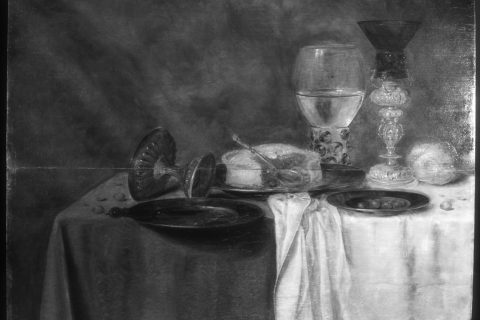 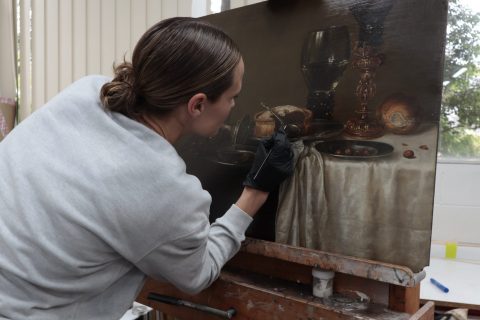 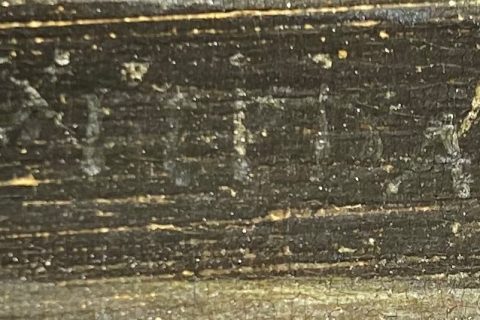 A fire at Sydney’s Central Station was the impetus for the restoration and conservation of this marvellous mid-century Melocco Brothers artwork. The impressive wrap-around wall relief depicts the history of transportation above travertine walling and a beautiful terrazzo floor map of Australia. The Melocco Room is now open to the public. The Melocco Brothers – Pietro (Peter), Antonio and Galliano...

AWARD WINNING Overview Named in honour of General William Riddell Birdwood (1865-1951) – the commander of the Australian forces on the Western Front during the latter part of WWI – the Birdwood Flag served as the Australian ensign, and was...