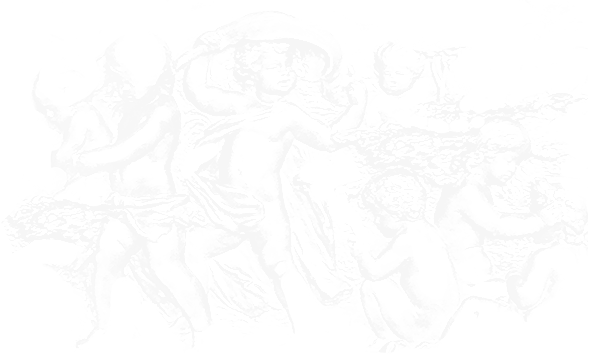 We take a lot of pride in our contribution to the conservation and management of Australian heritage.  And we are especially delighted when our work is acknowledged and publicised.

News stories help spread the word about how important it is to preserve our culture.  Stories help us to celebrate who we are and where we’ve come from.  Here are some stories about projects we’ve been privileged to work on.

Designed by John Coburn (1925-2006) and woven at the Pinton Freres workshops outside Paris, these giant 16 metre tapestries were specially commissioned for the opera and drama theatres.  Installed in 1973, they were eventually placed in storage in the 1980s.  Their key role in the overall Opera House aesthetic was recognised during the Sydney Opera House renewal project in the late 2010s.

In 2018 and 2019, ICS worked with the Opera House to arrange their temporary installation in firstly the Concert Hall, and then their original locations in the Joan Sutherland Opera Theatre and the Drama Theatre.  ICS is privileged to be part of the ongoing journey making these highly significant Australian artworks safe and accessible to the public.

This 6 minute ABC Arts documentary provides a visual history of the iconic Coburn Curtains from inception to present day.

Conservation as a career

Julian Bickersteth, CEO of International Conservation Services, is a keen advocate of the conservation profession.  In a SkillsOne video he provides an overview of the job of a conservator and the skills needed, and a tour of work in a conservation lab.

And in 2019, AICCM’s Nick Flood interviewed Julian when he became President of the International Institute for Conservation of Historic and Artistic Works (IIC).  Julian talks about his career in conservation and his involvement as an active volunteer in the national and international conservation community.

The Art of Conservation, SkillsOneTV, Foxtel, 2011

Reconstruction and conservation of the Birdwood Flag

In 2015 ICS was presented with a box labelled ‘Birdwood Flag’, retrieved from a dusty vault in the heart of Newcastle Cathedral.  Inside were thousands of tiny fragments of silk flag, the remains of t one of our most significant artefacts from World War I — Australia’s first national flag.  Known as the Birdwood Flag, it was flown at the headquarters of General William Birdwood at the Western Front.  General Birdwood was in command of the Australian troops, who at the time were fighting for the “Empire”.

The challenge was to reconstruct and conserve the flag from a bag of “confetti”! While some thought we were mad to even consider recreating the flag, its importance, both military and social, was evident.  In consultation with the University of Newcastle, Christchurch Cathedral Newcastle, military historians, flag makers, archivists and Tashco Showcases, ICS was able to accurately patchwork the flag back together.

Over 2 years, ICS textiles conservators assembled the hundreds of pieces of silk like one would a jigsaw puzzle.  Many problems were posed by the recreation process itself, mostly due to the sheer size of the flag and the fragility of the 1000’s of pieces, and the need to imagine often unconventional, but ultimately successful solutions.

Julian Bickersteth, CEO, observed that “We’ve worked on lots of flags but never anything like [one in] this condition — this was a very complex job.”

The Birdwood Flag was finally returned to the Cathedral and rehallowed — declared holy by a bishop — at the Newcastle Cathedral on 30 July 2017.

Our conservation work on the Birdwood Flag won two awards in 2018:

On Remembrance Day in 1926, this unique Honour Roll was first unveiled in the Rocky Hill War Memorial tower at Goulburn. Measuring a sizeable 4.8m x 3m, it is made of four Carrara marble panels with local sandstone surrounds and lists the names of 1,400 men from Goulburn and the surrounding districts who served in the First World War.

ICS was initially commissioned to provide recommendations for conservation treatment of the Honour Roll. Based on these recommendations, Goulburn Mulwaree Council was able to obtain a generous grant and donation towards the work.

A fire at Sydney’s Central Station was the impetus for the restoration and conservation of this marvellous mid-century Melocco Brothers artwork. The impressive wrap-around wall relief depicts the history of transportation above travertine walling and a beautiful terrazzo floor map of Australia.

The former Interstate Booking Office at Central Station’s main concourse was designed and opened in 1951 as part of ‘modernising the railways’ under Railway Commissioner Winsor. The modernist interiors were designed by the railways’ principal architect, with space for specially commissioned artwork by the Melocco Brothers.

The Melocco Brothers – Pietro (Peter), Antonio and Galliano – were the first tradesmen to practice mosaic craft in New South Wales and introduced terrazzo to Australia in 1908.  The mural was conceived on a grand scale, totalling 132m2, and was known as Transport Progress in Frieze.

In 2017 ICS was commissioned by Sydney Trains to undertake extensive conservation work.  We carefully removed years of surface dirt and recent smoke and water damage.  Other aspects of the project included extensive reconstruction of the fire-damaged 1906 decorative plaster ceiling in the back-of-house area and sympathetic adaptive re-use of the former Booking Hall.  Both spaces are now accessible to the public.

Oh my God, we’ve lost Central’: How a fire brought a hidden artwork back to life, Sydney Morning Herald, 4 May 2019

In 1958 Danish architect for the Sydney Opera House, Jørn Utzon, wrote to renowned French-Swiss architect Le Corbusier, asking if he would like to collaborate on an artwork for the new building.  The concept for the tapestry Les Des Sont Jetes (The Dice Are Cast) was born, and by 1960 it was complete.  The tapestry was sent to Utzon in Denmark, with the plan of bringing it Sydney once the building was complete.

However, in 1966, construction delays and other controversies led Utzon to resign from the Opera House project – such was the fall out he would not be invited to the opening ceremony seven years later in 1973, officiated by Queen Elizabeth II. The tapestry remained in Denmark. That is, until after his death, when it was put up for auction in June 2015 and the Sydney Opera House purchased it for more than $400,000 AUD.

Modern and abstract in design, the tapestry features large bold blocks of white, black and red, connected by a thin, meandering white line. Made of wool and measuring 2.18m x 3.55m, it is thought by some to represent Sydney Harbour, with a sailboat and Bennelong Point visible on the right-hand side.

Having hung in the Utzon family dining room for several decades, the piece was in need of cleaning and repair. Once it arrived back in Sydney, ICS was called upon to restore it, advise on display conditions, and finally manage the installation.

Sydney’s Powerhouse Museum has been undergoing major changes since 2019 in line with NSW Government plans, renewing scrutiny of its focus and purpose.  Such scrutiny is, perhaps, par for the course for our major technology museum.

As far back as 2011, when blockbuster exhibitions started to be hosted, the question was raised:  “has the Powerhouse Museum moved away from its design and science roots?”

Julian Bickersteth, CEO of International Conservation Services, was called on to comment on the use of showbusiness exhibitions to bankroll more serious efforts.