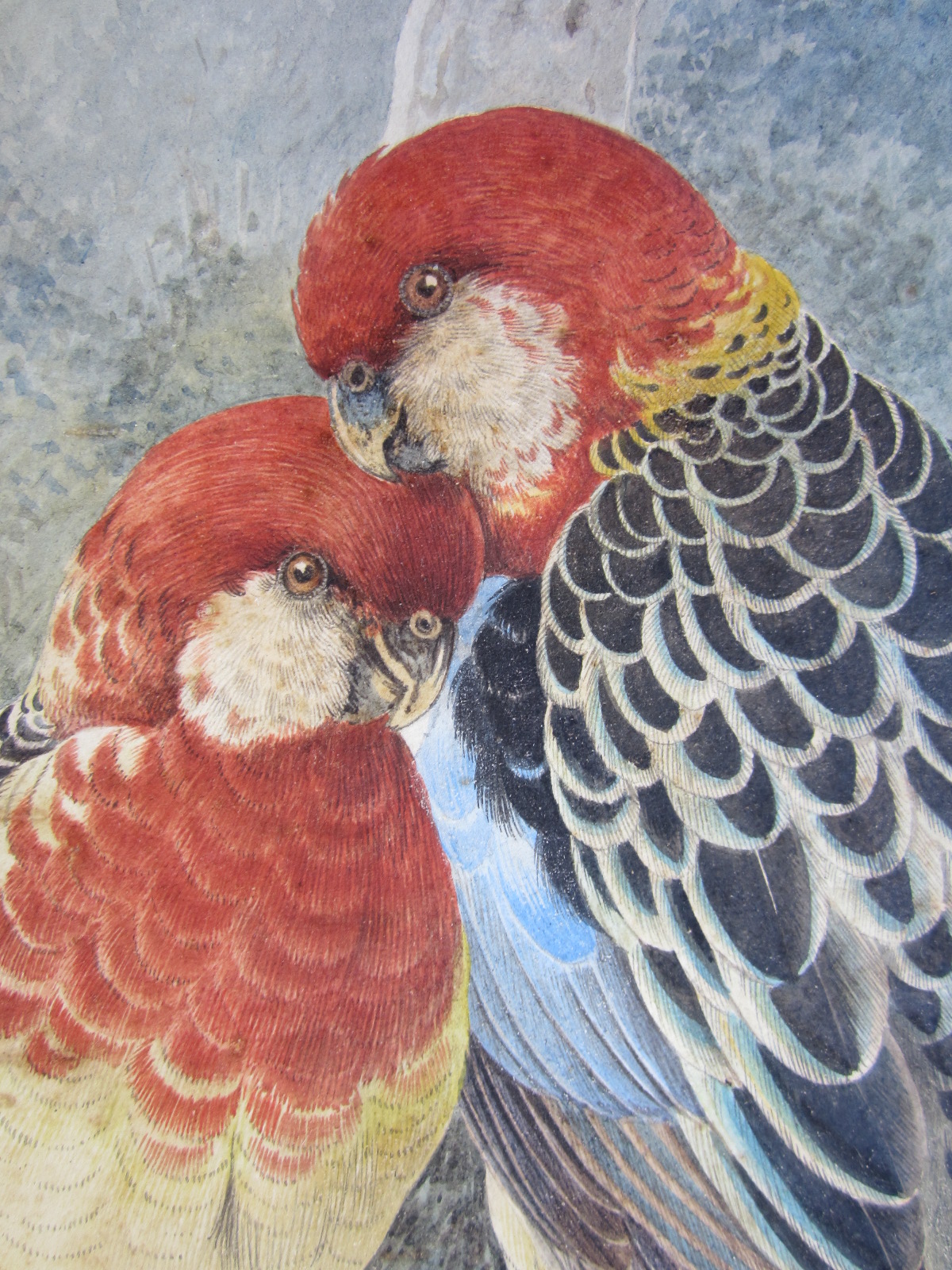 Overview
This watercolour was painted by Neville Henry Cayley (1854-1903), the first in a line of famous Australian bird artists. His son, Neville William Cayley (1886-1950), became a noted author, artist and ornithologist. He was particularly famous for What Bird is That?, Australia’s first comprehensive bird field guide published in 1931.

Condition
Two Rosellas was fully adhered to an acidic mount, which had likely contributed to its overall yellowing and discolouration. Some areas of media and coating were cracking and flaking, particularly around the rosellas’ upper bodies. Surface dirt, insect accretions, foxing and losses to the paper support also added to the overall poor condition and appearance of the artwork.

Treatment
The aim of treatment was to improve both the stability and aesthetic appearance of the artwork. Firstly, any loose surface dirt was removed, followed by extensive media testing. The acidic backing was then removed by hand allowing the artwork to undergo aqueous treatment. Friable media was consolidated prior to washing to prevent further loss and the artwork was washed on a low-pressure table. During washing the coating was rehydrated to reduce the cracking and improve adhesion.
Aqueous treatment dramatically improved the appearance of the artwork. As the soluble discolouration was drawn out of the paper support the artwork lightened, making the subtlety of hues more visible and creating a greater depth of field. Inpainting and retouching also helped to reintegrate the media losses. 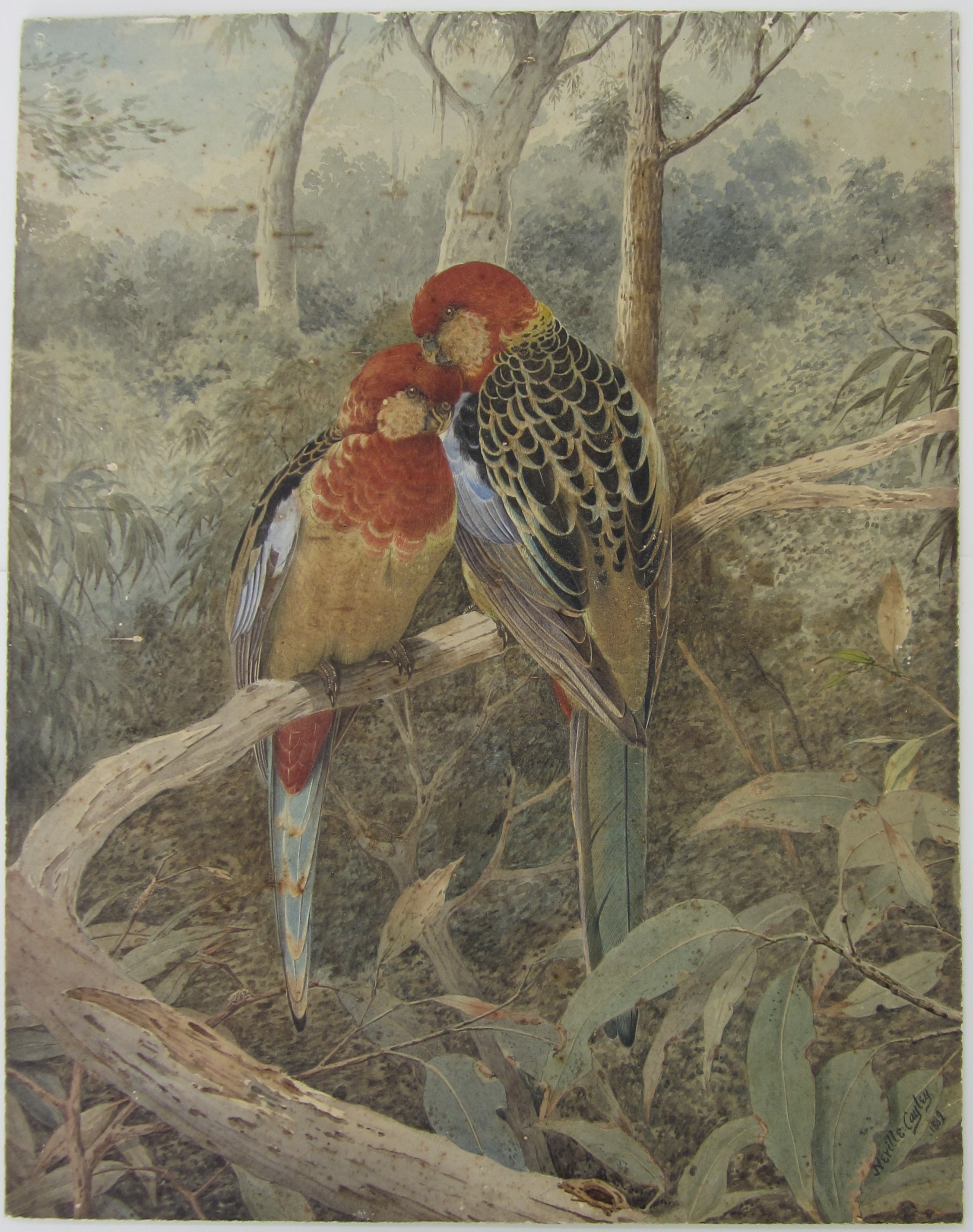 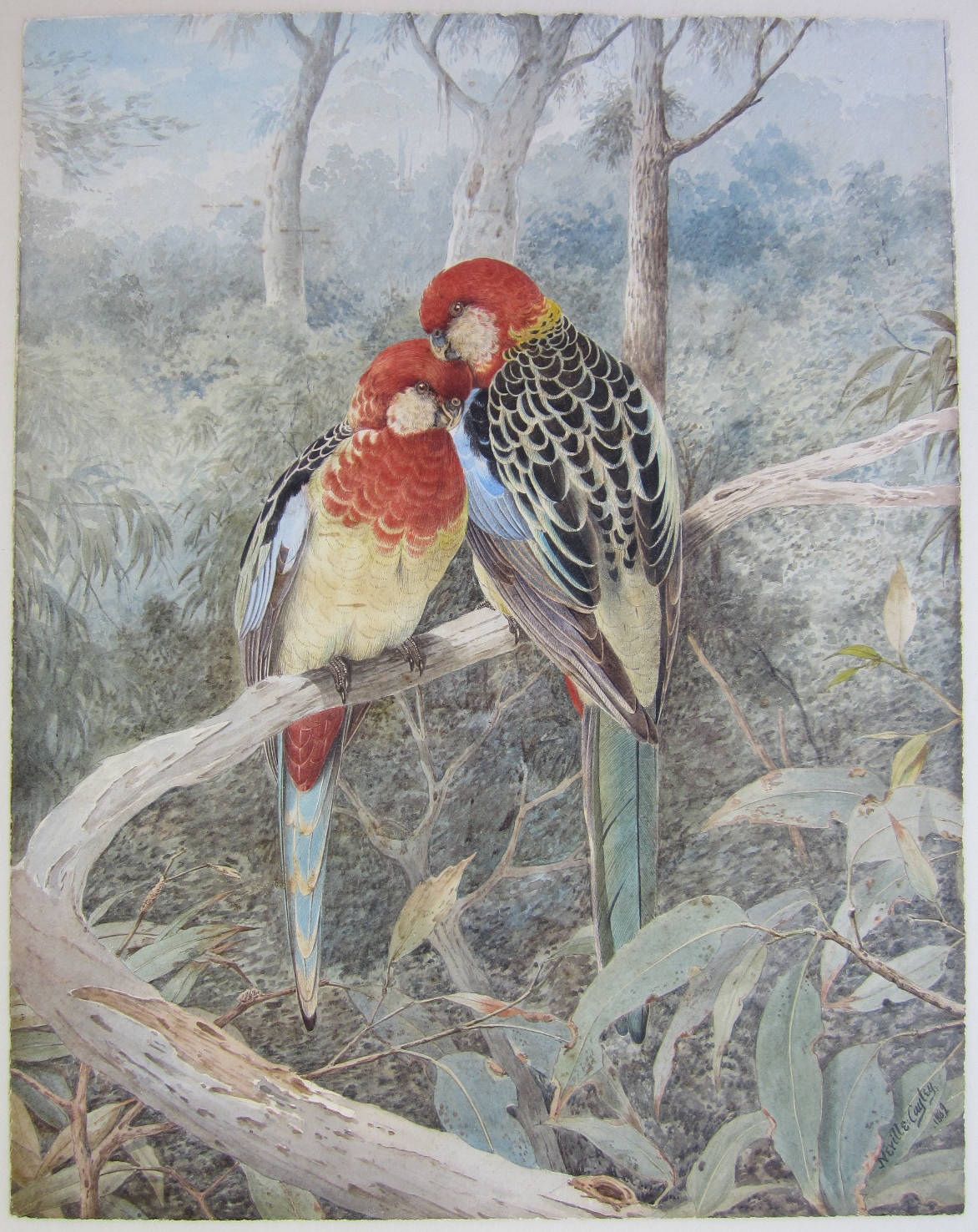 Overview This large panoramic photograph depicts the second test match in the 1892 Ashes series between Australia and England, at what is now known as the Sydney Cricket Ground. An iconic game in the history of Australian cricket, it helped spark the birth of the Sheffield Shield (the England team was known as Lord Sheffield’s XI). Condition On arrival at...

Overview With the Japanese bombing of Darwin and the submarine attack in Sydney Harbour, the perceived threat of war in Australia was at its highest in 1942. In readiness, the NSW State government provided air raid shelters for the travelling...