The opening of Barangaroo Reserve in 2015 has allowed Sydneysiders to walk around a part of the Sydney harbour foreshore that had been closed off to the public for more than 100 years.

The six-hectare parkland has transformed one of Sydney's oldest industrial sites, stretching back two centuries. The topography of the new park was inspired by the shape of the pre-1836 shoreline. From 1836 onwards the original headland and foreshore was cut away to make space for wharves and docking activities. The reserve has been designed to complement the other headland parks of the harbour (such as Mrs Macquarie's Chair and Goat Island) and aims to let visitors get up close to the water of the harbour.

Archaeological excavations at the start of the project found the remains of a slipway from James Munn’s 1820s boatyard on the site. Comprising an area of flat sandstone units forming the ramp of the slipway, with semi-dressed stones along either edge, a decayed timber rail was also found running down the centre of the slipway.

Munn’s Slipway was incorporated into the proposed new sandstone shoreline of the reserve, on the northern shore of Nawi Cove.

Initially the remains of Munn’s Slipway were reburied to protect them during bulk earthworks required to excavate Nawi Cove and construct the headland. During this phase, ICS was involved in a design exercise to determine how best to conserve the remains. Multiple iterations of the complex geometry for the shoreline stonework ultimately identified that the optimum solution required omitting two portions of the new sandstone shoreline in a ‘cut-out’, thus revealing the slipway remains. ICS provided detailed documentation and design for the conservation of the sandstone blocks forming the remains of Munn’s Slipway, including selection and approval of materials for bedding and jointing of the small number of blocks which required reinstatement after construction of the new shoreline stonework.

ICS was present on site during the excavation of the surrounds to Munn’s Slipway, including installation of bored piles and a reinforced concrete ring beam to contain the remains and support the surrounding shoreline stonework. Watching the skill of the excavator operators working with buckets beneath the surface of the muddy water highlighted the commitment of the entire team to care and conserve this valuable evidence of the site’s history.

After excavation and treatment 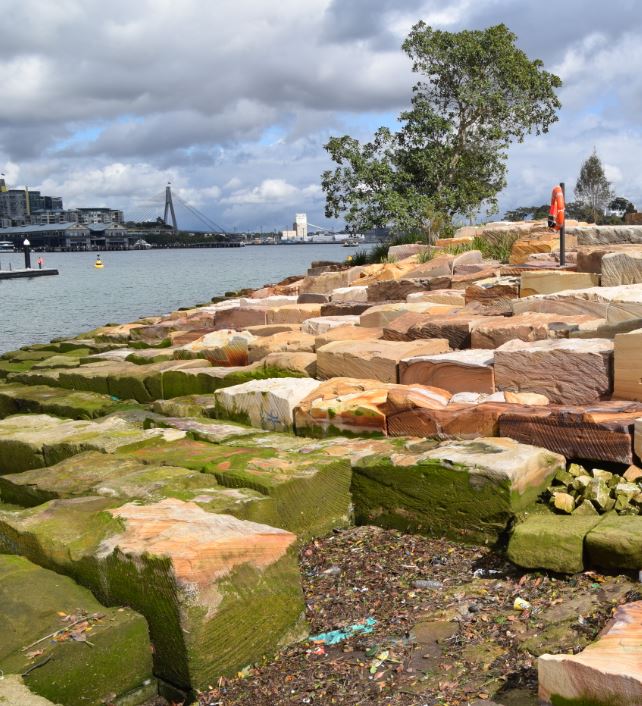 Overview The Mead-Morrison No. 6 skip is the only remaining carriage that was part of a complex coal-loading process, which operated for over seventy years from the early 1920s at Waverton peninsula in Sydney. Its purpose would have been to transport coal along an elevated platform to ships waiting by the water. Now almost 100 years old, it is constructed...

AWARD WINNING 2011 National Trust Heritage Awards  Conservation for Built Heritage: Highly Commended Overview The Sydney Harbour Bridge is one of Australia's most significant landmarks, and one of the most readily recognised symbols of Sydney across the globe. Officially opened...