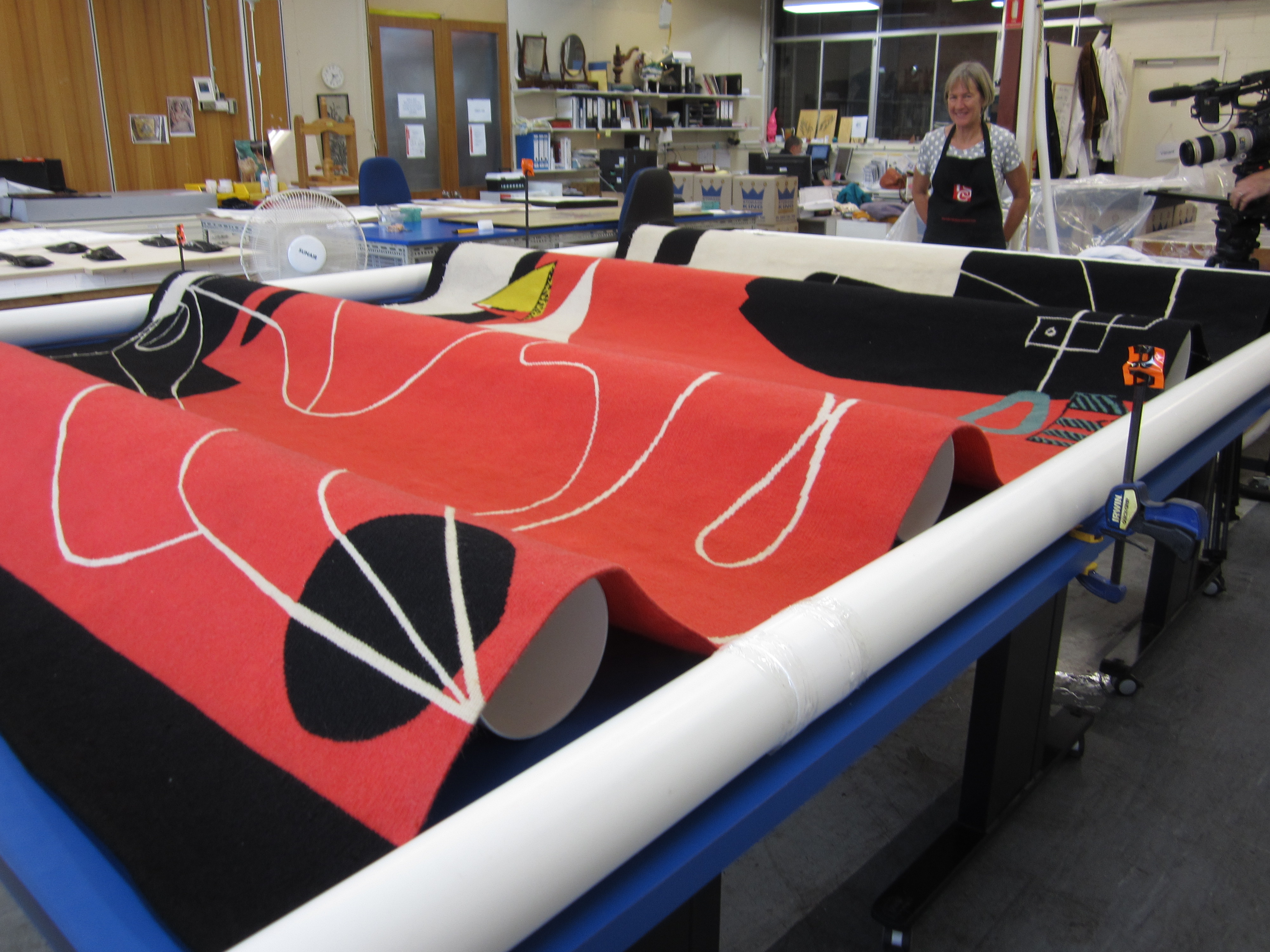 When young Danish architect, Jørn Utzon (1918-2008), designed the Sydney Opera House (1957) his vision also included plans for the art to be displayed inside. In 1958 he wrote to renowned French-Swiss architect Le Corbusier, asking if he would like to collaborate, and the concept for the tapestry Les Des Sont Jetes (The Dice Are Cast) was born. By 1960, Le Corbusier had completed the tapestry and sent it to Utzon in Denmark.

Modern and abstract in design, the tapestry features large bold blocks of white, black and red, connected by a thin, meandering white line. Made of wool and measuring 2.18m x 3.55m, it is thought by some to represent Sydney Harbour, with a sailboat and Bennelong Point visible on the right-hand side.

The story doesn’t end there. Utzon hung the tapestry in his dining room, planning to bring it to Sydney once the building was complete. However, in 1966, construction delays and other controversies led him to resign from the Opera House project – such was the fall out he would not be invited to the opening ceremony seven years later in 1973, officiated by Queen Elizabeth II. The tapestry remained in Denmark. That is, until after his death, when it was put up for auction in June 2015 and the Sydney Opera House purchased it for more than $400,000 AUD.

Having hung in the Utzon family dining room for several decades, the piece was in need of cleaning and repair. Once it arrived back in Sydney, ICS was called upon to restore it, advise on display conditions, and finally manage the installation.

After initial surface cleaning, tests were carried out to ensure that the dye colours wouldn’t run when the piece was submerged in water. A custom-made tub was then built to enable the washing, and the detergent and water used had to be carefully selected and mixed to ensure the correct PH levels.

ICS was also involved in the installation process – providing advice on the best type of display case and lighting for the tapestry, as well as physically hanging the piece in its new location in the Western Foyer of the Opera House. 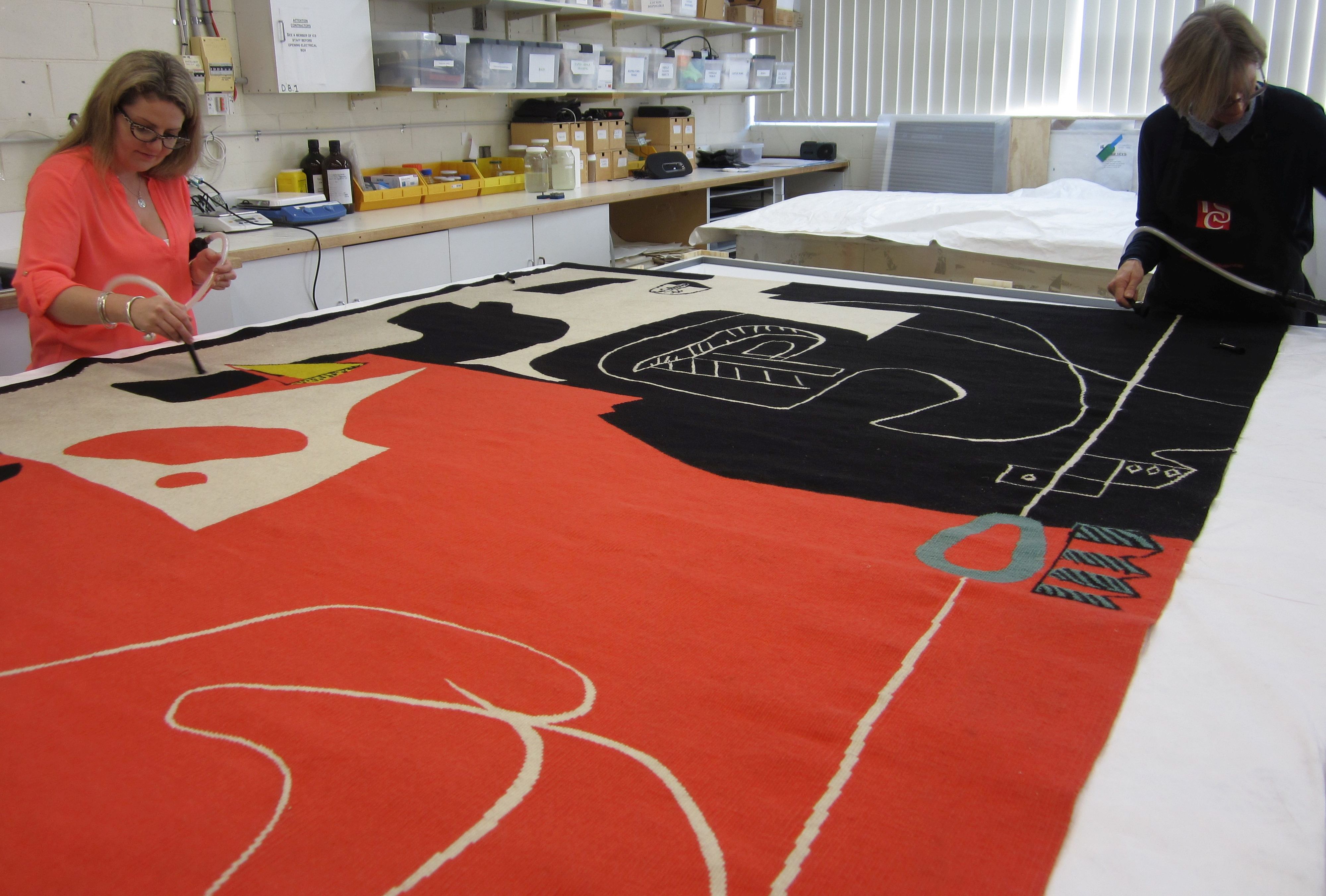 Almost a century old, the solid jarrah doors welcoming visitors into Canberra's Old Parliament House are an integral part of not only the building but national heritage, bearing witness to evolving eras of politics and being the physical backdrop of...