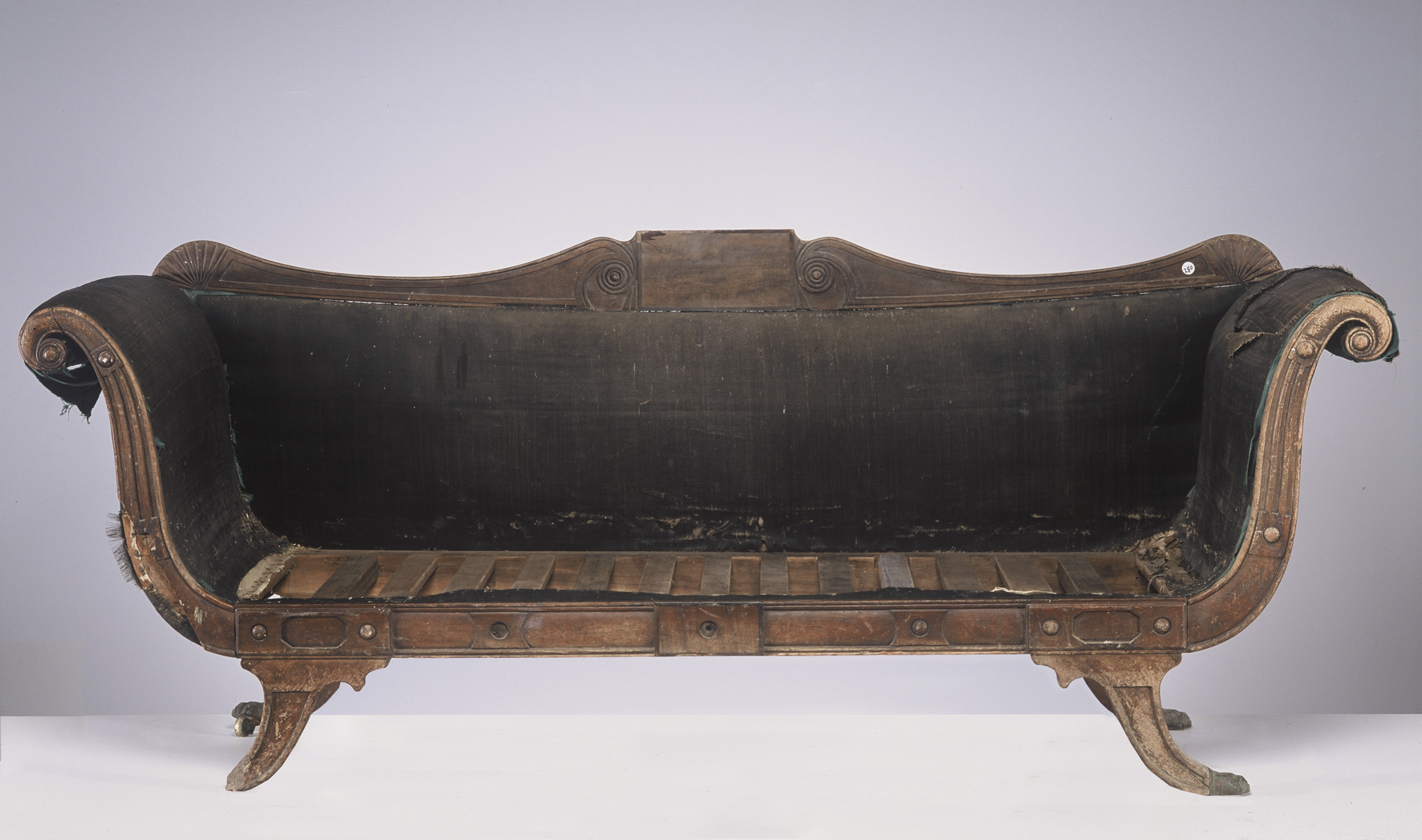 One of the earliest examples of Tasmanian furniture (c.1820s), the Hamilton Inn sofa is so-called because of its provenance; Hamilton Inn in the Tasmanian Midlands. Acquired for a record auction price by the Tasmanian Museum and Art Gallery in very poor condition, and totally unrestored, ICS was commissioned to undertake a painstaking restoration to allow the history of the piece to be understood and its former grandeur appreciated. The work involved both furniture and textile conservation expertise, as the upholstery is the earliest surviving example of colonial Australian soft furnishing.

The sofa was in remarkably good structural condition. The main damage included:

The surface finish was heavily worn. All extant polished surfaces had lost their original finish with remnants remaining in recesses and mouldings where it had been protected under the mattress edge.

The four brass lion paw castors survive, two with their brass wheels and brackets attached. All the castors were heavily tarnished, with minor areas of corrosion evident on the claws of the two castors that had broken off.

The horsehair fabric on the body of the sofa was overall in good condition, given its age. There were areas throughout the textile of breakage in the horsehair fibres but, overall, the fabric was coherent with these considerations:

Wood and finish identification and cleaning

Read about the provenance and history of the Hamiton Inn sofa, TMAG 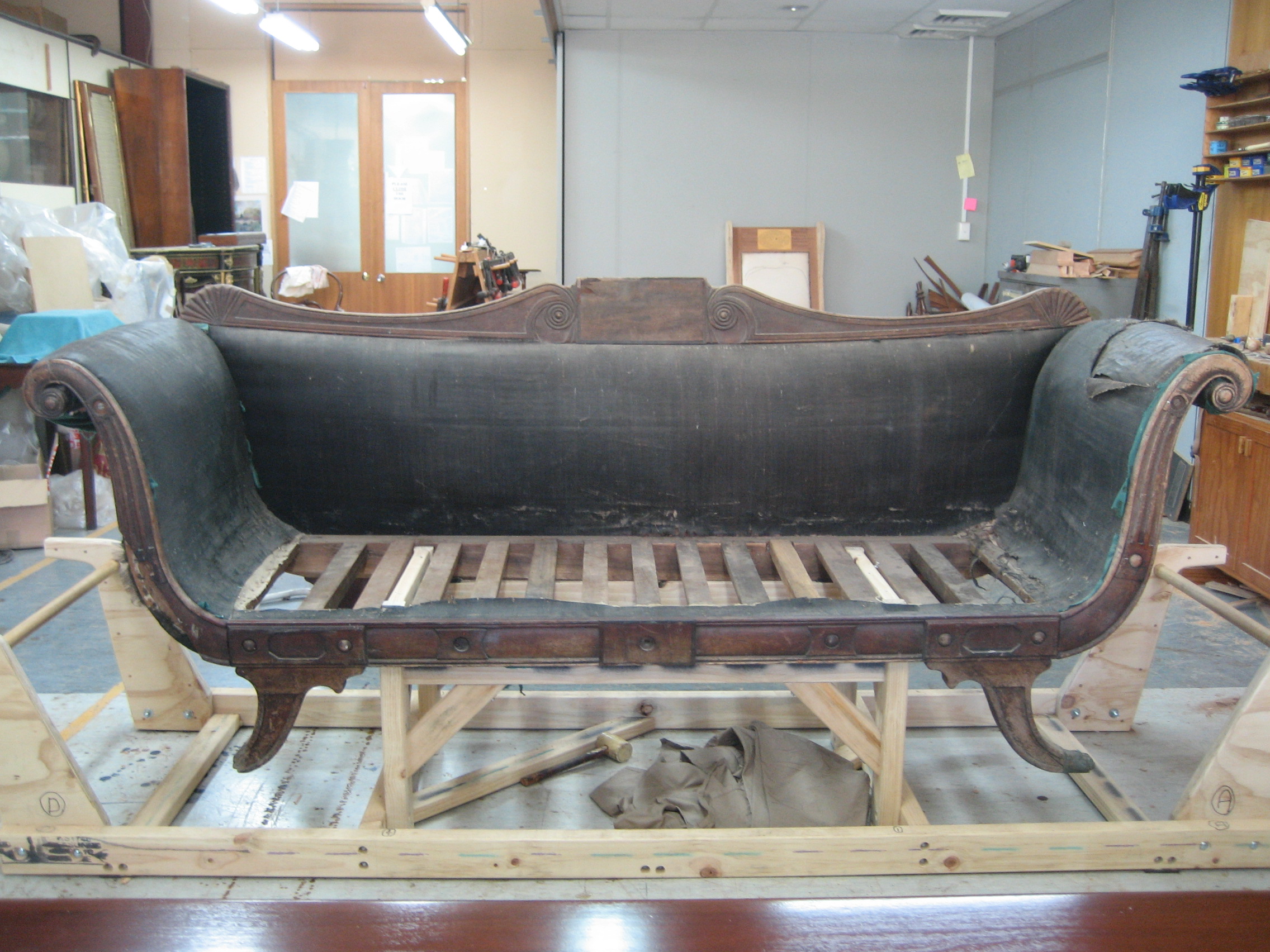 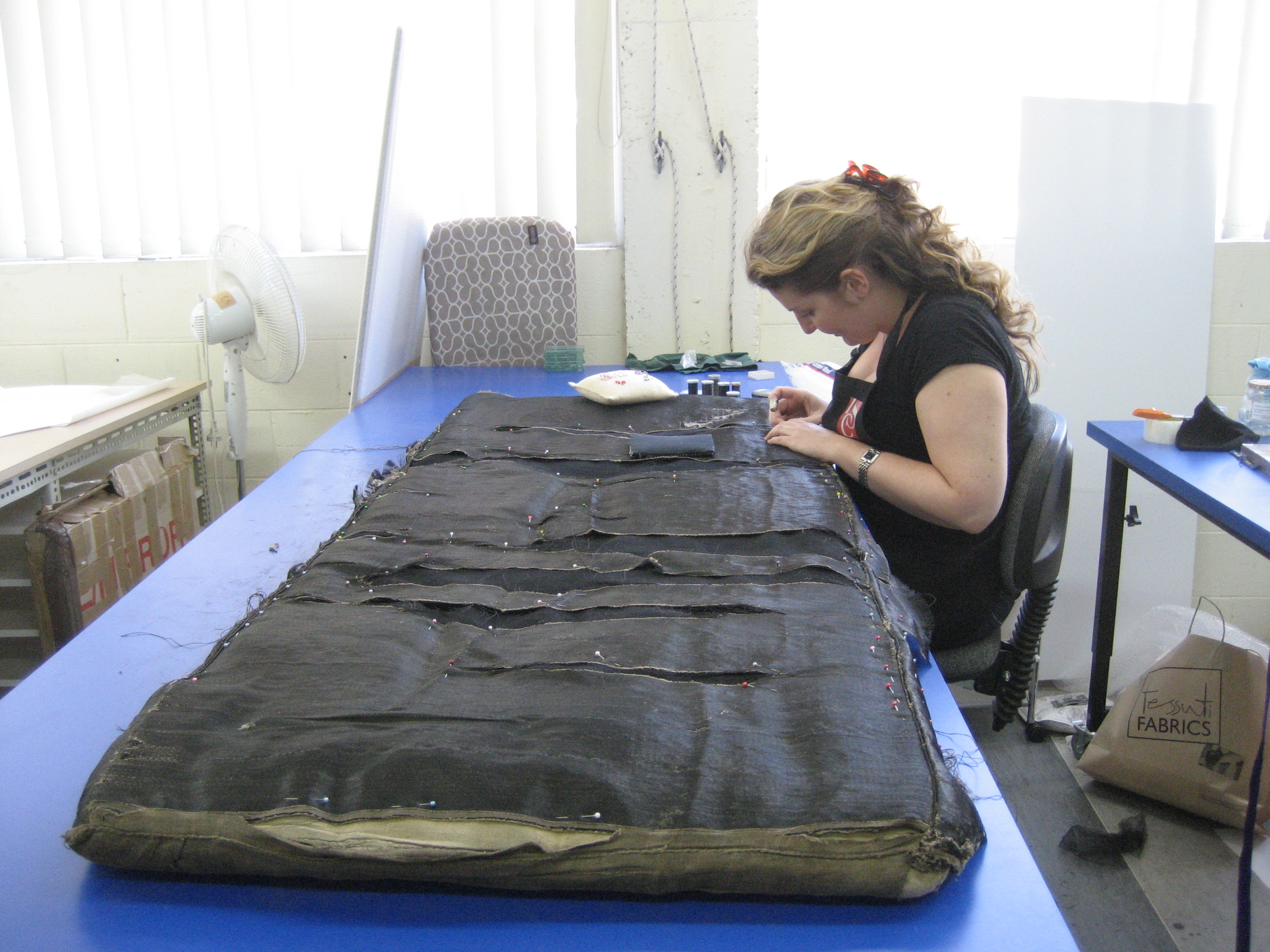 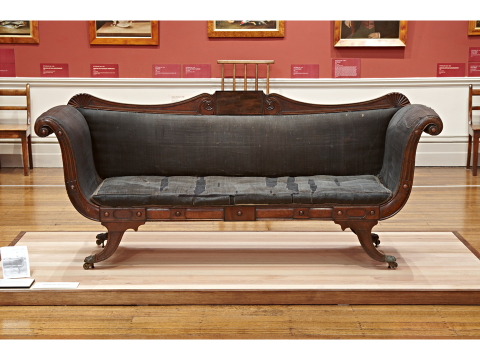 Overview Founded in 1886/1887 in Cairns, the Lit Sung Goong (LSG) Temple fell into disrepair in the 1950s and was dismantled in 1964. Its collection of various Chinese artefacts was salvaged by the Chinese community. Cairns & District Chinese Association...