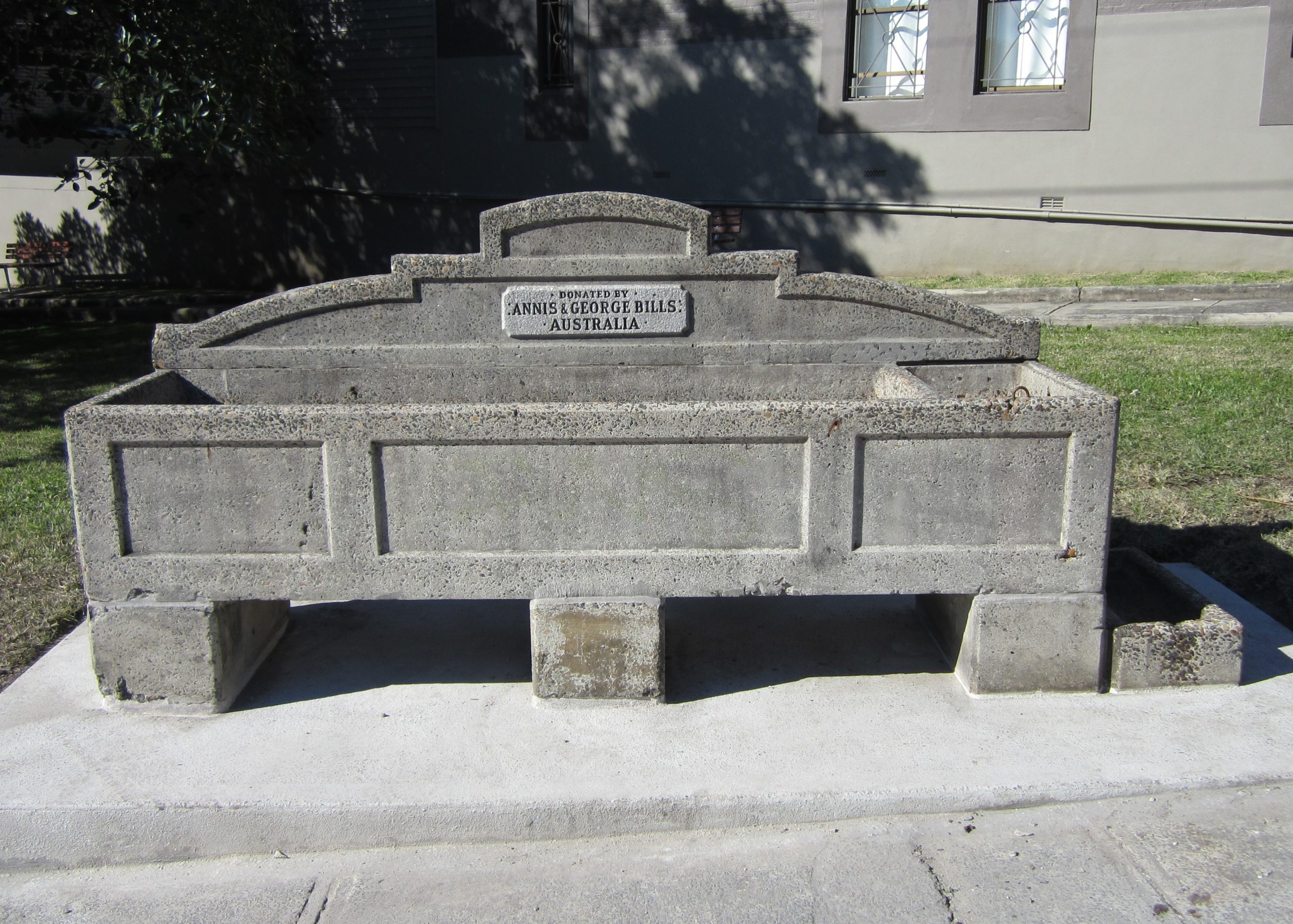 The Petersham Horse Trough, made out of precast concrete, was erected in the 1930s by the Bills Trust. A dog trough is attached at ground level on the right side. A terrazzo plaque, situated prominently at the centre-front, reads ‘Donated by Annis and George Bills, Australia’.

Around 700 troughs were installed throughout Australia by the Bills Trust in the first half of the 20th century to provide relief for working horses and ‘other dumb animals’ (as set out in George Bills' will).

ICS was commissioned to remove and relocate the trough to a new platform away from the edge of the road.

After removal, and prior to relocation, conservation works on the trough included: 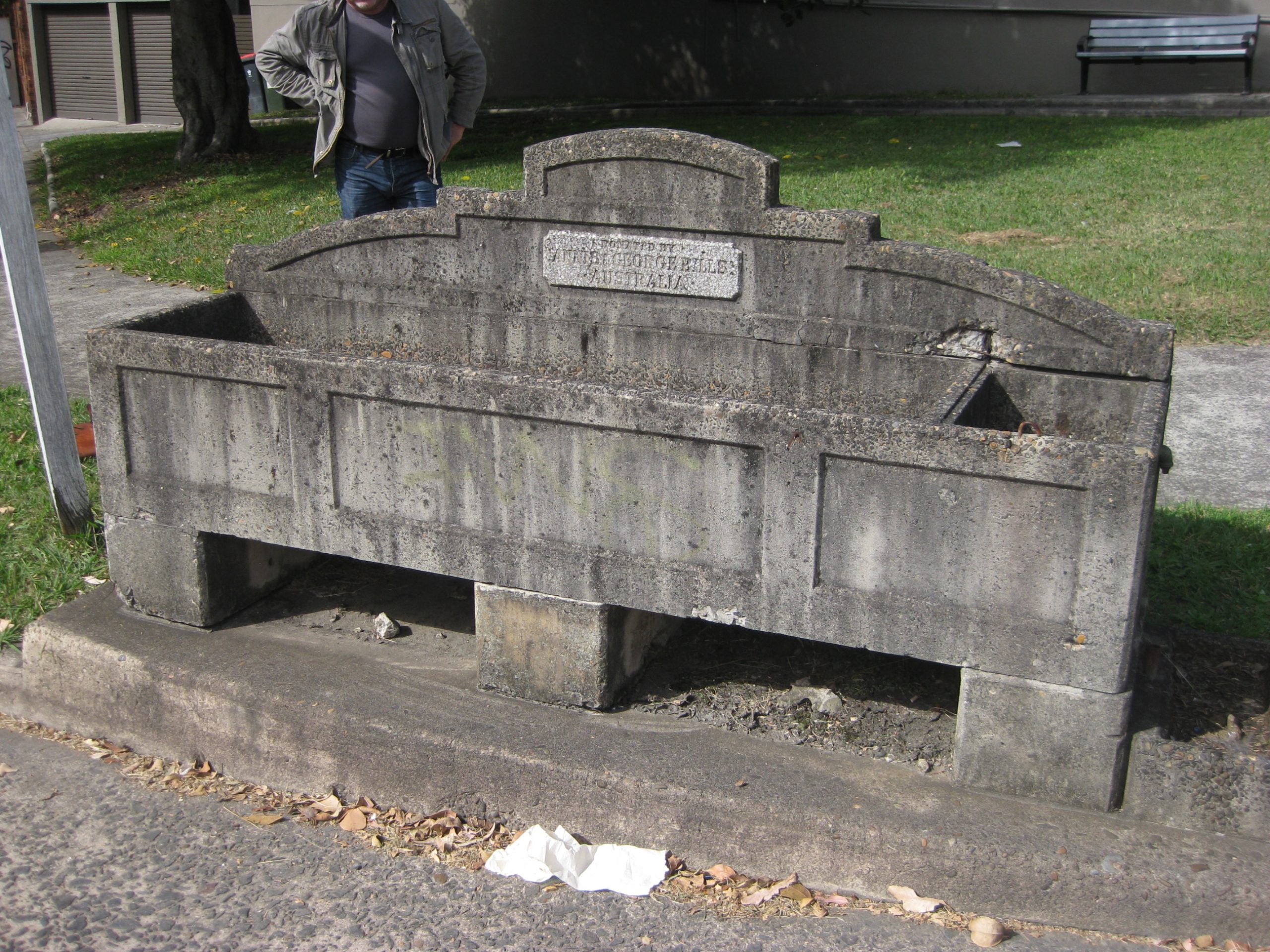 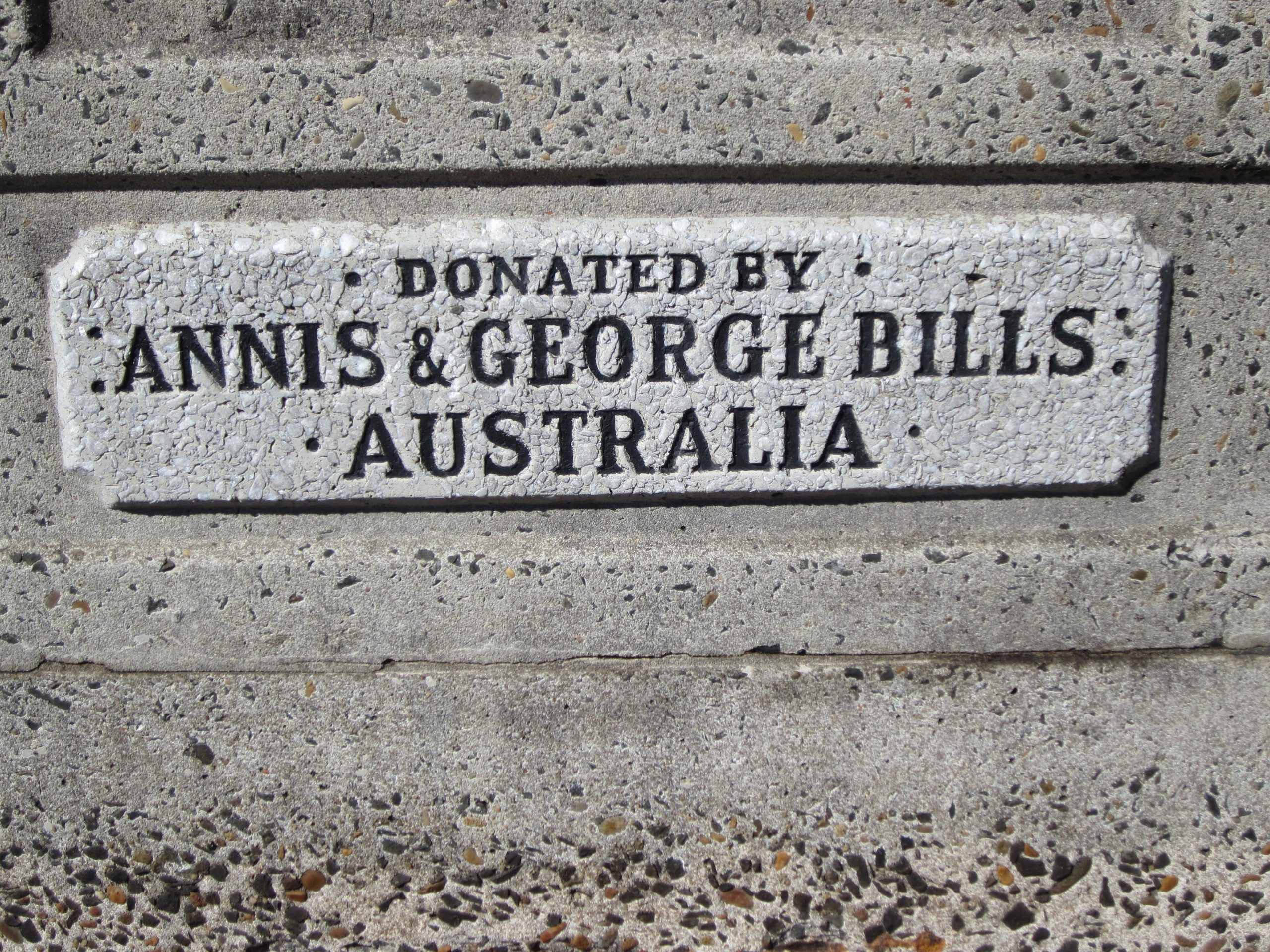