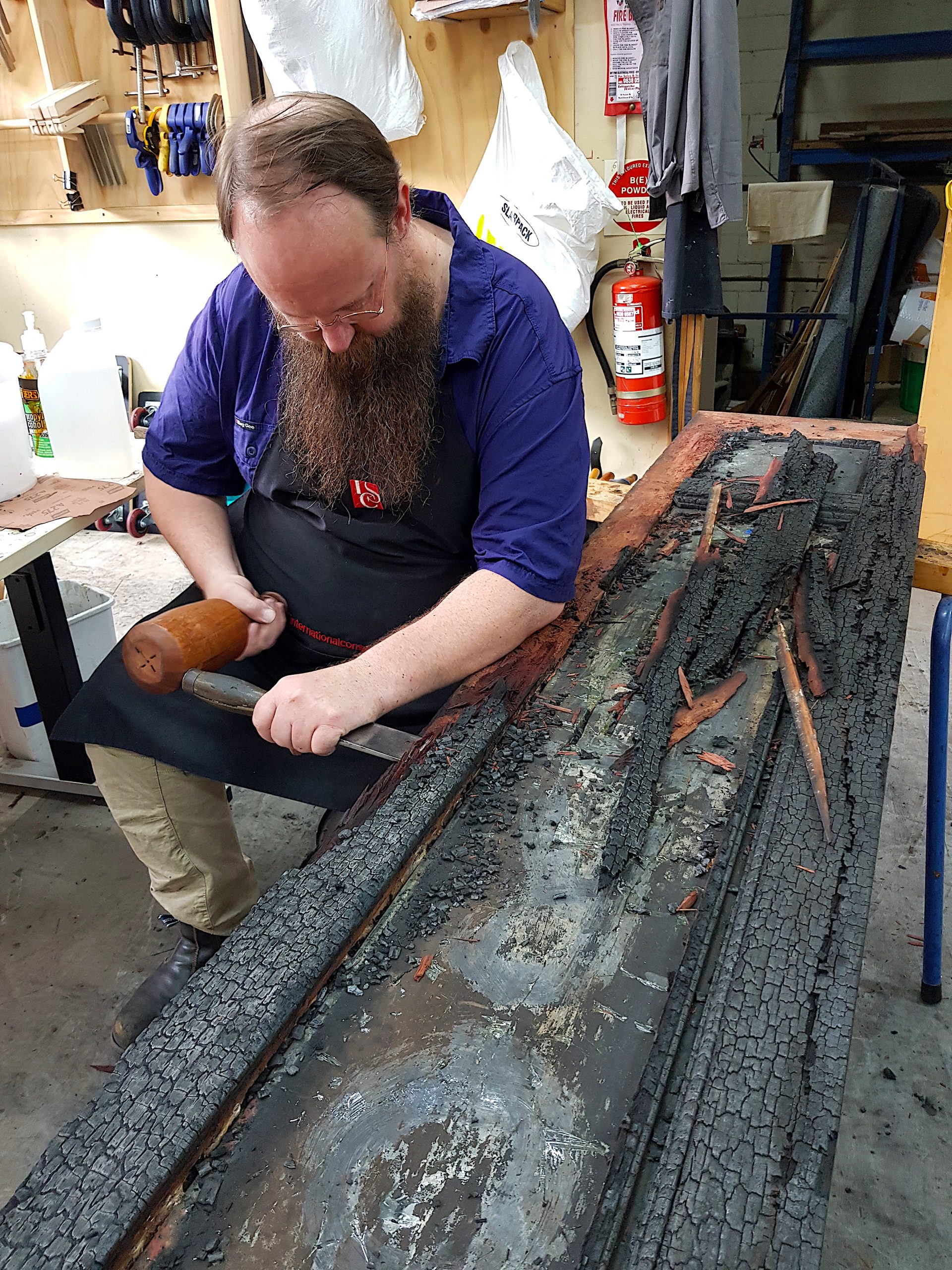 Almost a century old, the solid jarrah doors welcoming visitors into Canberra's Old Parliament House are an integral part of not only the building but national heritage, bearing witness to evolving eras of politics and being the physical backdrop of iconic moments in Australian history.

Designed in 1924 by Commonwealth Chief Architect John Smith Murdoch, the doors were in place in 1927 for the official opening of the Provisional Parliament House by the Duke and Duchess of York and the first parliamentary sitting.

Western Australian jarrah was chosen for the doors due to its weather resistance. Jarrah’s density makes it naturally fire-resistant, a choice of wood that helped protect the building from being engulfed in flames during protest activity on 30 December 2021.

ICS conservators inspected the extensively damaged doors, and later removed them for transport from Canberra to Sydney.  Their assessment revealed that restoration was possible, despite serious damage to the top two layers of timber.  The majority of the wood and fittings was salvageable – great news as it was initially feared they had been burnt beyond repair.

Though initially thought lost forever, the brass doorknobs and push panels were excavated from the ashes. The doors will need new glass, new decorative finishing's and a new top layer of wood. But the original jarrah core will remain.

To prepare the doors for conservation work, the first step was to safely remove loose glass and then the metal fixtures within the door. Taking into account heritage considerations due to their age, solvents were injected into the doors to break the glue bond, softening them to allow for pieces to be mechanically removed.

This gave access to the stable jarrah core layer beneath, which was then cleaned by removal of old adhesive. 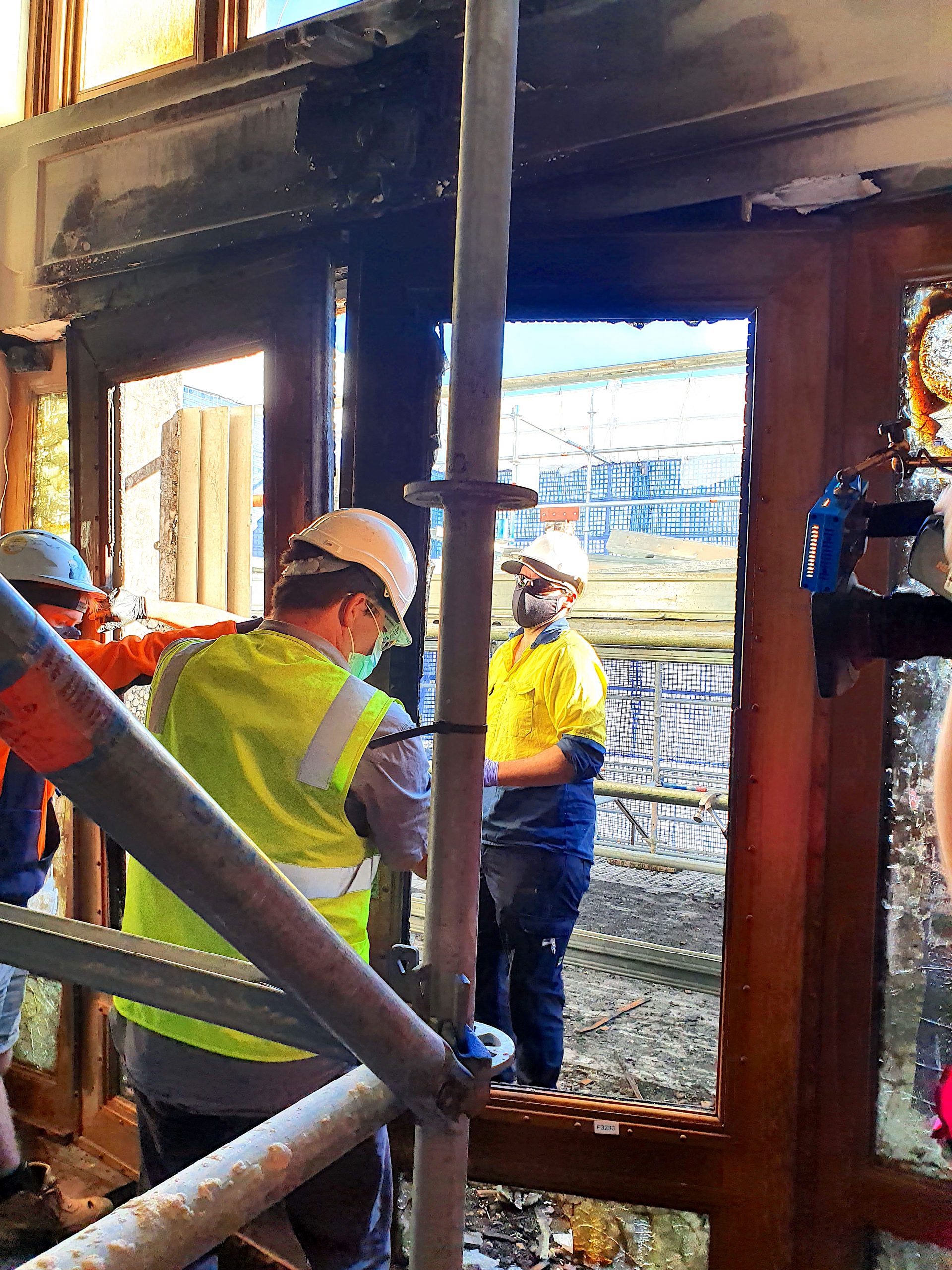 Removal of charred exterior layer in the lab 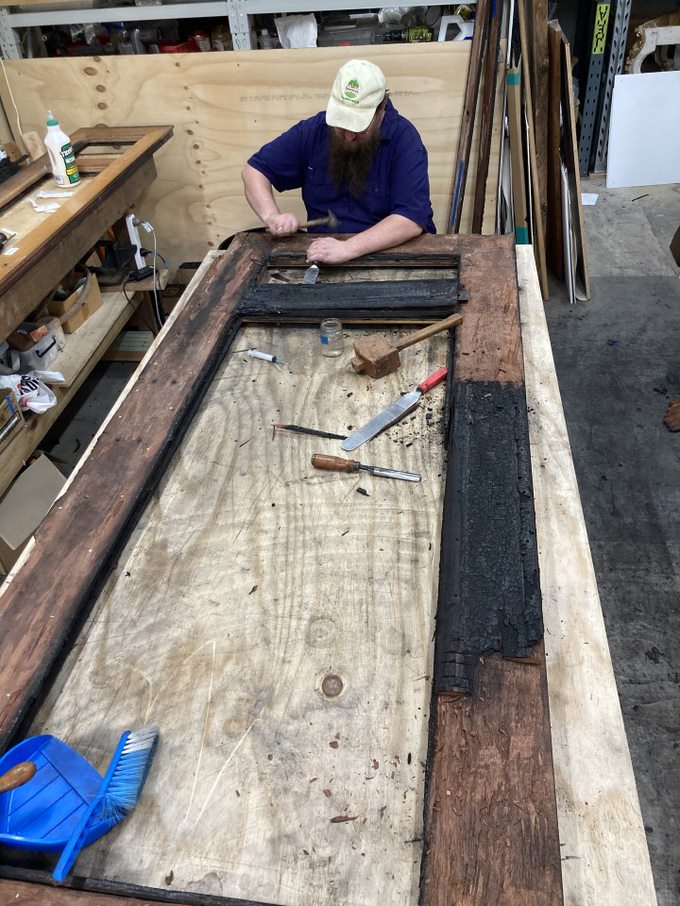 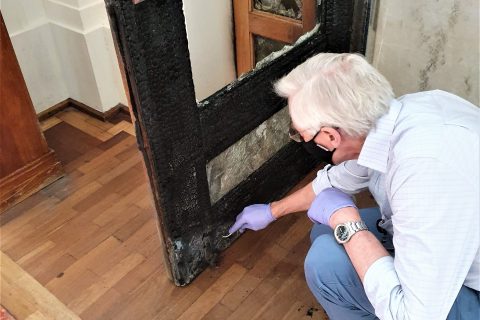 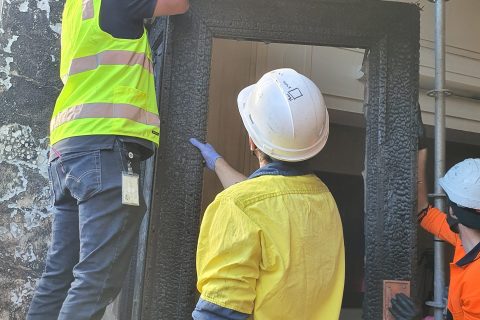 Removal of the doors for conservation work 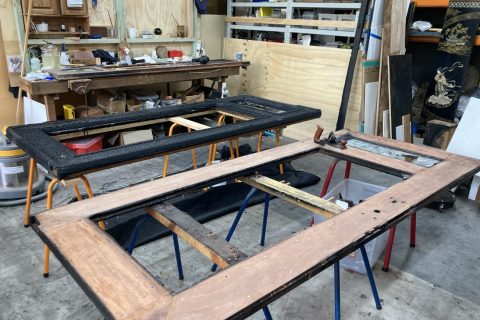 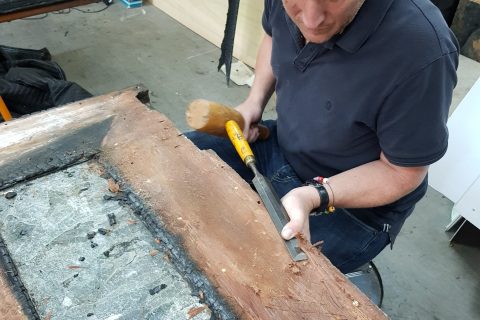 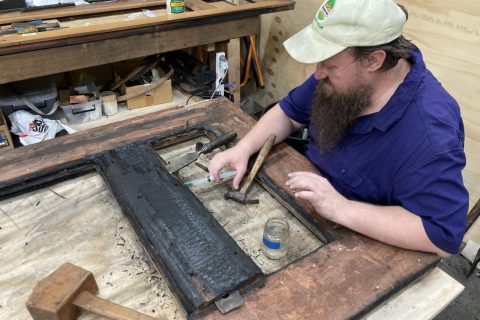 Overview Parkview Constructions engaged ICS to undertake conservation treatment of two pairs of concrete busts and statues on the historic façade of 59 Oxford St, Bondi Junction. The Oxford Street-facing façade was being preserved in front of the high-rise development...