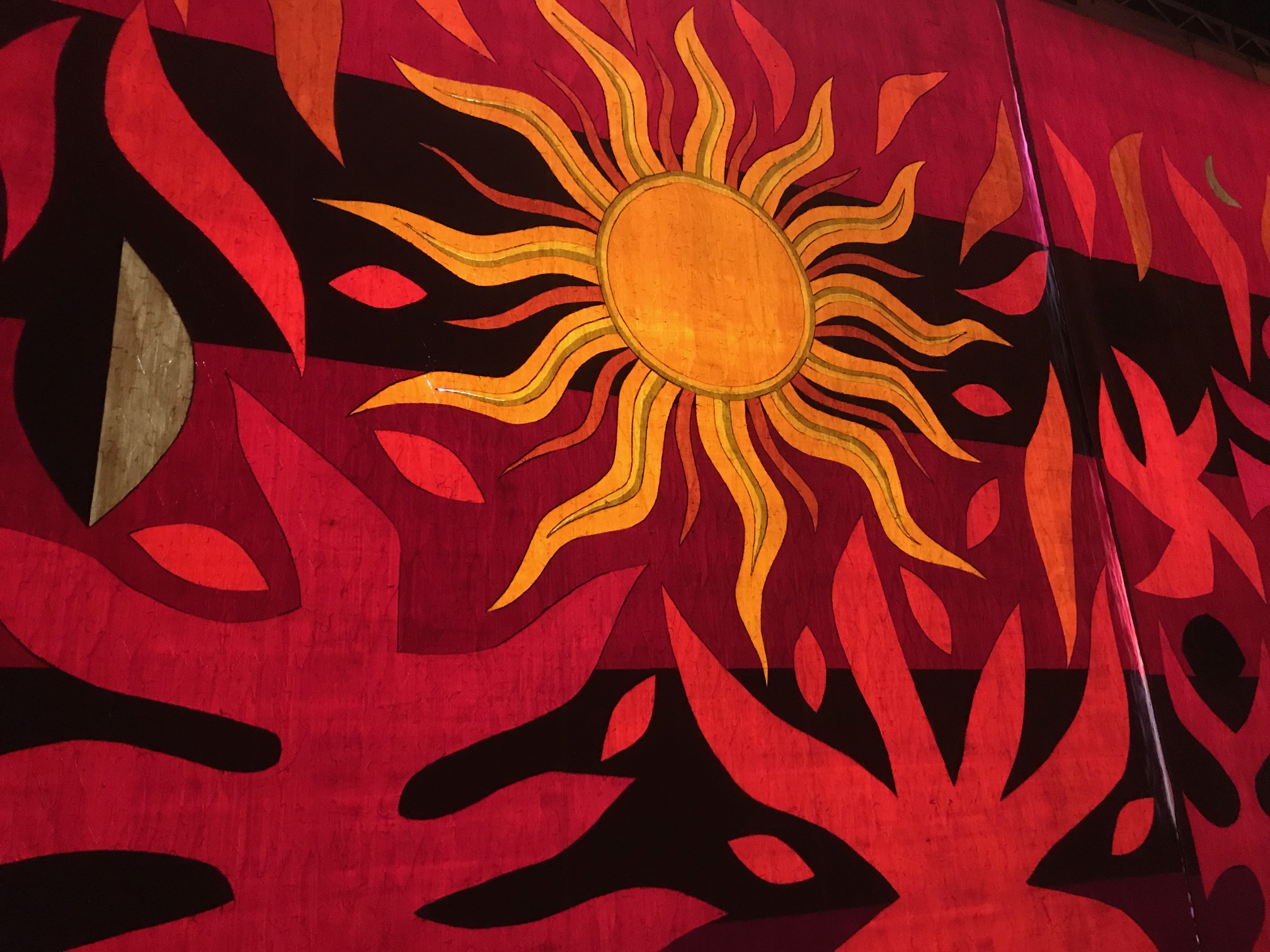 A spectacular component of the opening of the Sydney Opera House in October 1973 was the specially commissioned opera theatre and drama theatre curtains. Titled respectively The Curtain of the Sun and The Curtain of the Moon these giant 16 metre tapestries were designed by John Coburn (1925-2006) and woven at the Pinton Freres workshops outside Paris.  It was Coburn’s most important commission to date, and largely established his career as well as a lifelong affair with tapestries (see related project).

The tapestries eventually fell out of favour, and were placed in storage in the late 1980s, making only occasional appearances.  Their key role in the overall Opera House aesthetic was recognised during the Sydney Opera House renewal project in the late 2010s.

ICS was commissioned initially to assess the condition and clean the tapestries.  We then worked with the Opera House to arrange their temporary installation in the Concert Hall in 2018, and in their original locations in the Joan Sutherland Opera Theatre and the Drama Theatre in 2019.  ICS is privileged to be part of the ongoing journey making these highly significant Australian artworks safe and accessible to the public.

The curtains had been heavily restored in the 1990s including the attachment of a backing material.  The surface was mildly dirty and had an extensive amount of fluff resulting from storage materials.

Each piece was surface cleaned and brush vacuumed, front and back, to remove all particulates from the surface.  The existing Velcro hanging system, which previously replaced the original ring system, was secured.  A new temporary hanging system was devised for The Curtain of the Moon, and improvements were made to the storage of both tapestries. 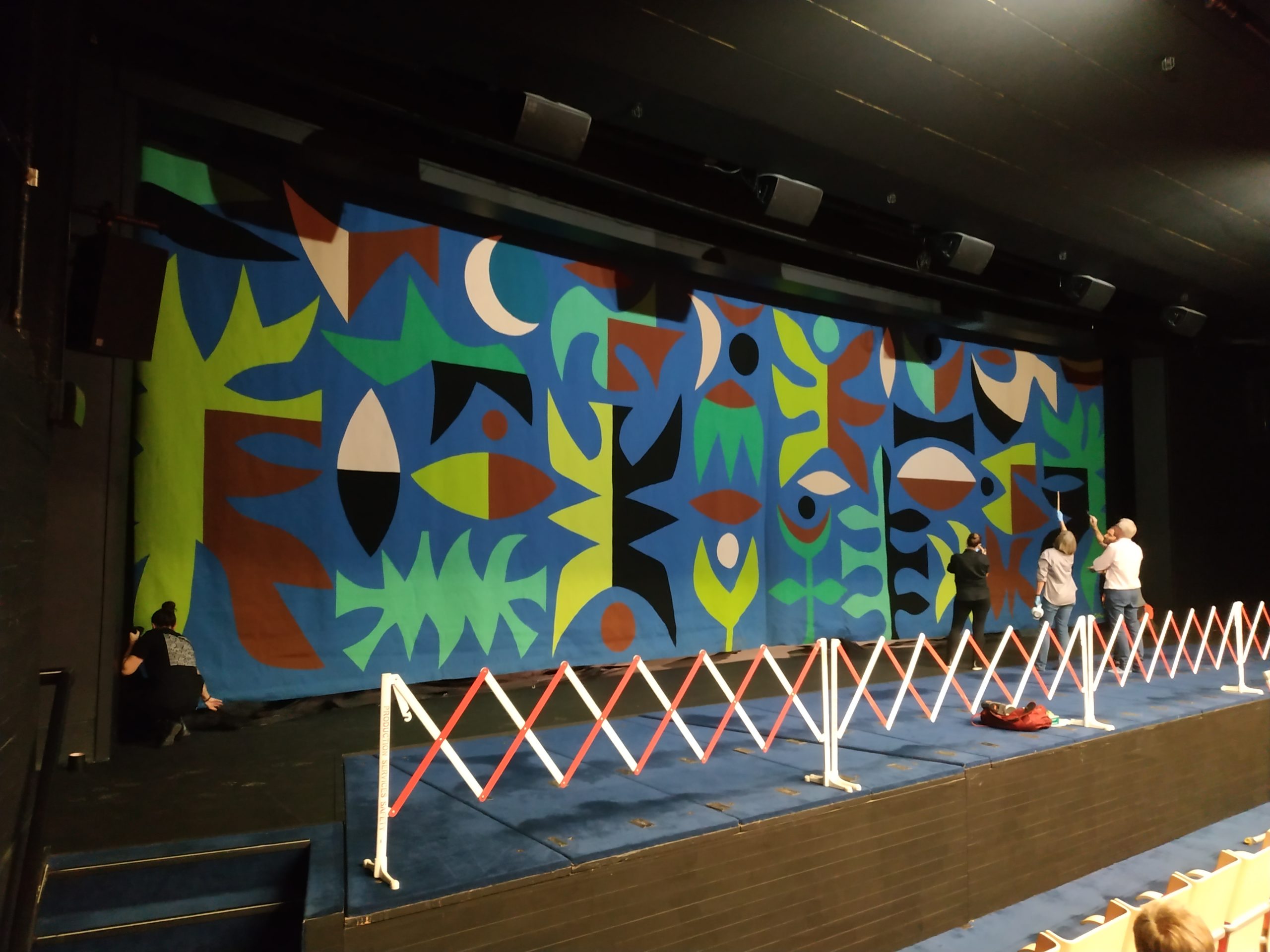 Part of The Curtain of the Sun being cleaned 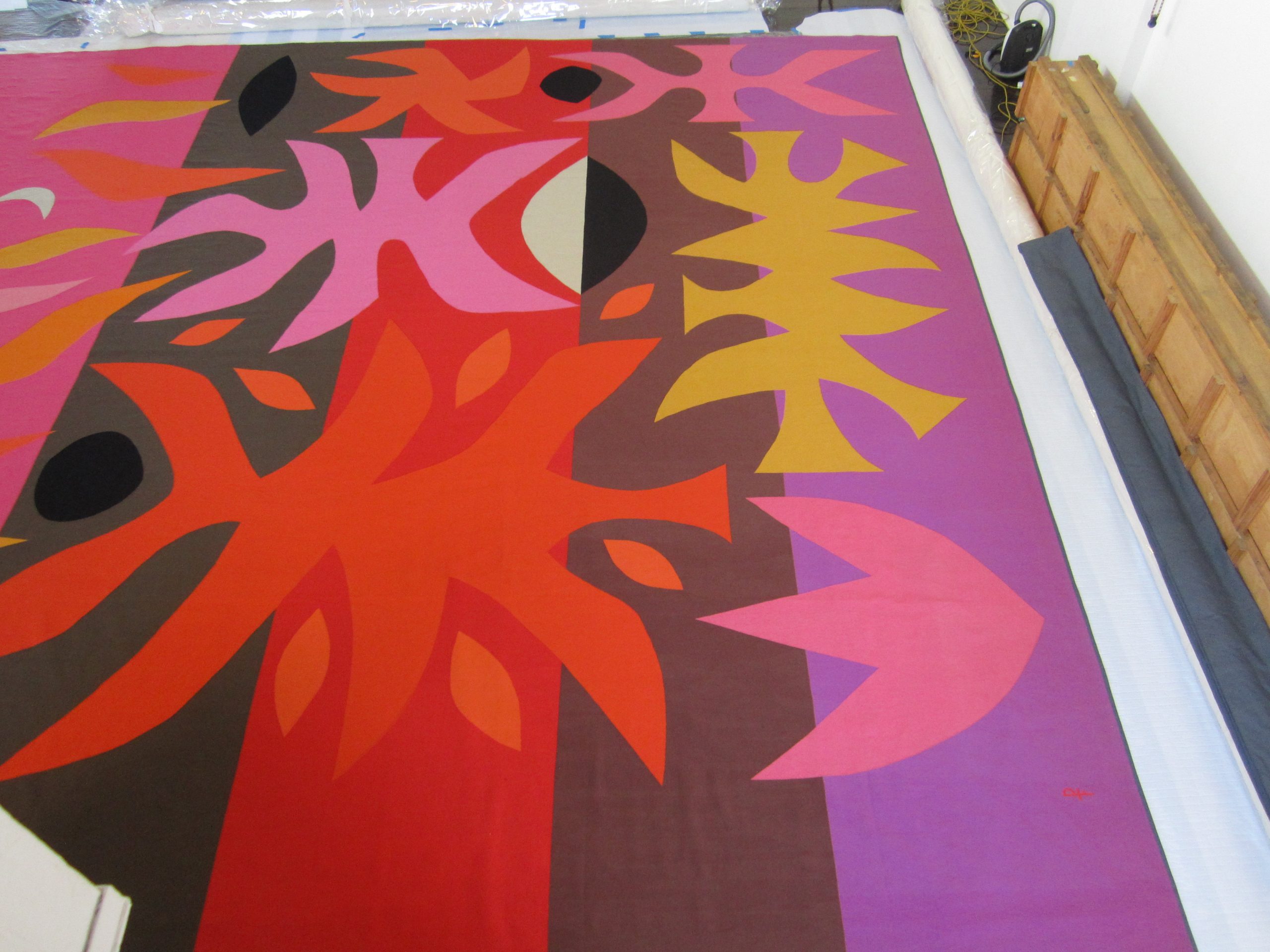 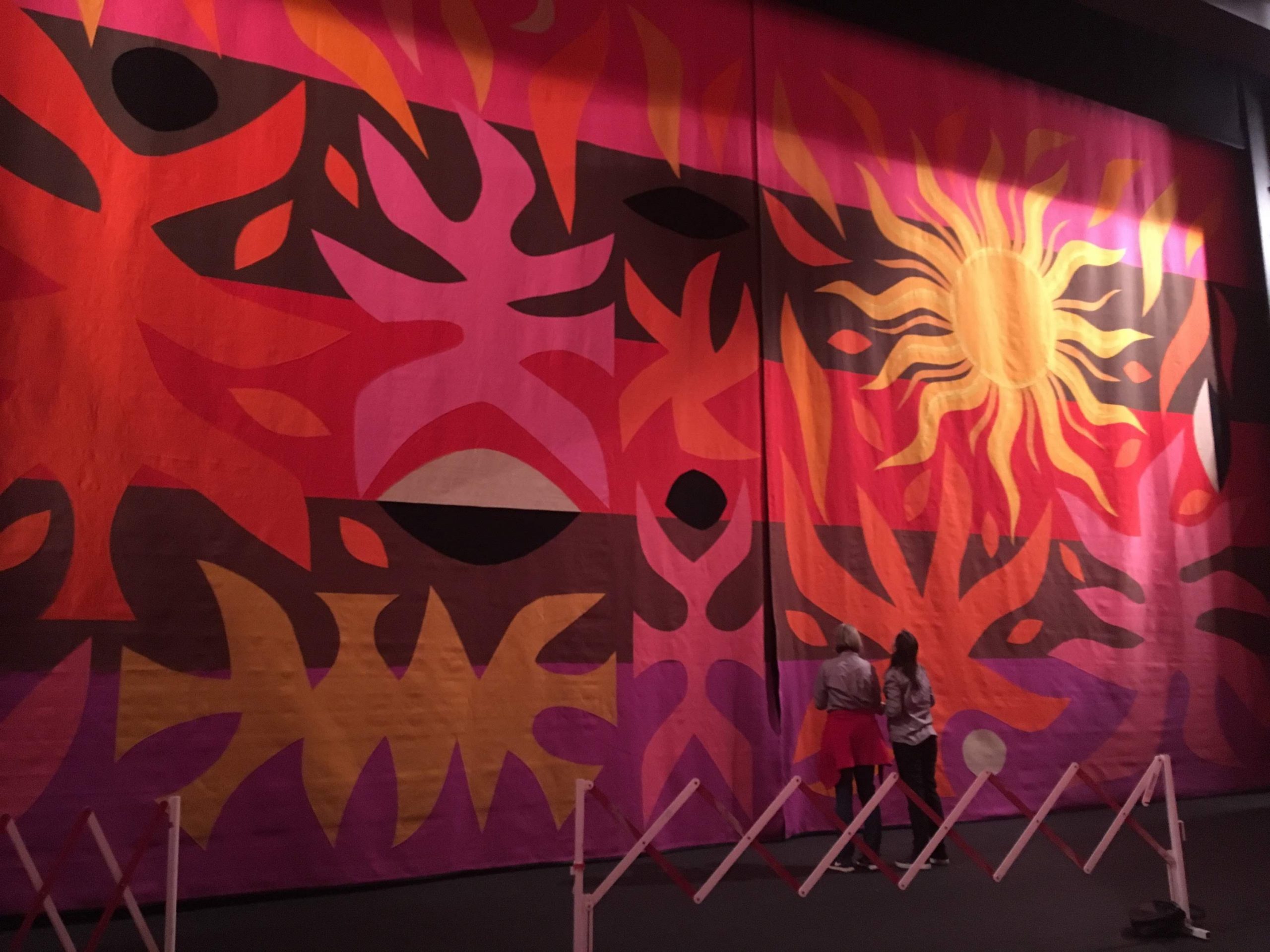 Overview On 23rd September 1945 the Japanese 20th Division surrendered a Japanese flag to the Australian army in Papua New Guinea. A letter accompanying the flag acknowledged the kind treatment that the Australian army had shown to the Japanese soldiers. The letter is dated 10 days after the official Japanese surrender at Cape Wom on 13 September 1945, possibly reflecting the many dispersed Japanese battalions throughout PNG. Nearly 70,000 Japanese servicemen and 20,000 civilians...

Overview This high Victorian style upholstered dining chair is from the collection of the Rouse Hill Estate. The NSW homestead, in the Australian Georgian style, was developed between 1813 and 1819 with further developments in c. 1863. Receipts from cabinet maker...