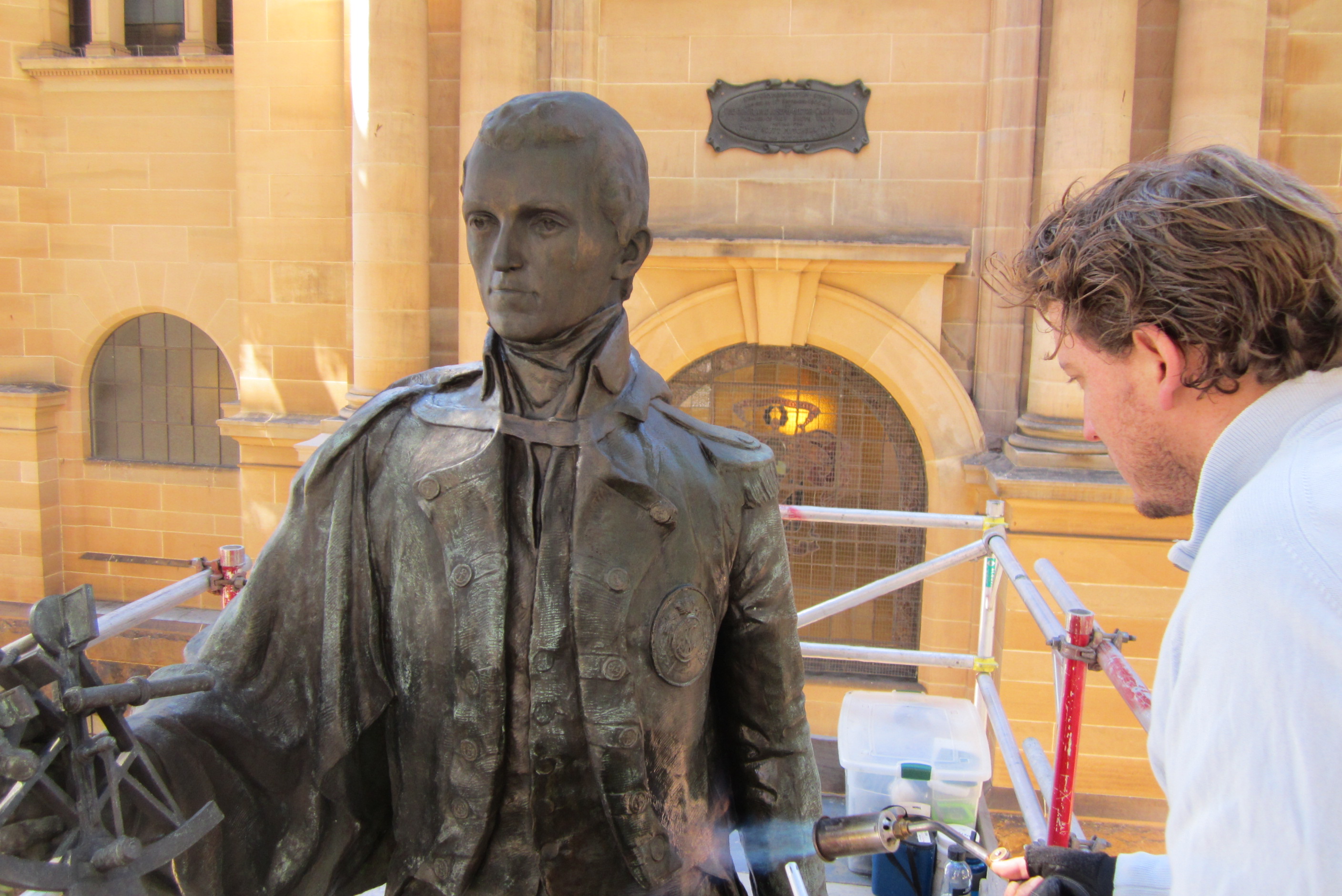 Matthew Flinders (1774-1814) was one of the most talented navigators and chart-makers of his day. A captain in the Royal Navy, in 1798 he sailed from Sydney and circumnavigated Van Diemens Land (Tasmania), proving that it was an island. From 1801 to 1803 he circumnavigated mainland Australia, charting the coastline as he went. In 1925 a statue was erected in his honour outside the State Library of NSW in Sydney.

The statue of Flinders is made of bronze and stands upon a square trachyte pedestal and stepped podium. Behind it – on a window sill of the State Library building – is a small bronze sculpture of a cat. Often overlooked by passers-by, this small statue is in memory of Trim, Flinders’ beloved ship’s cat, who accompanied him on several of his voyages.

ICS was commissioned by the State Library of NSW to carry out conservation works to both the Matthew Flinders and Trim statues.

Although in relatively good condition, constant exposure to the elements meant that the protective wax coating on each statue was deteriorating, and there was a build-up of bird droppings and other dirt/debris. 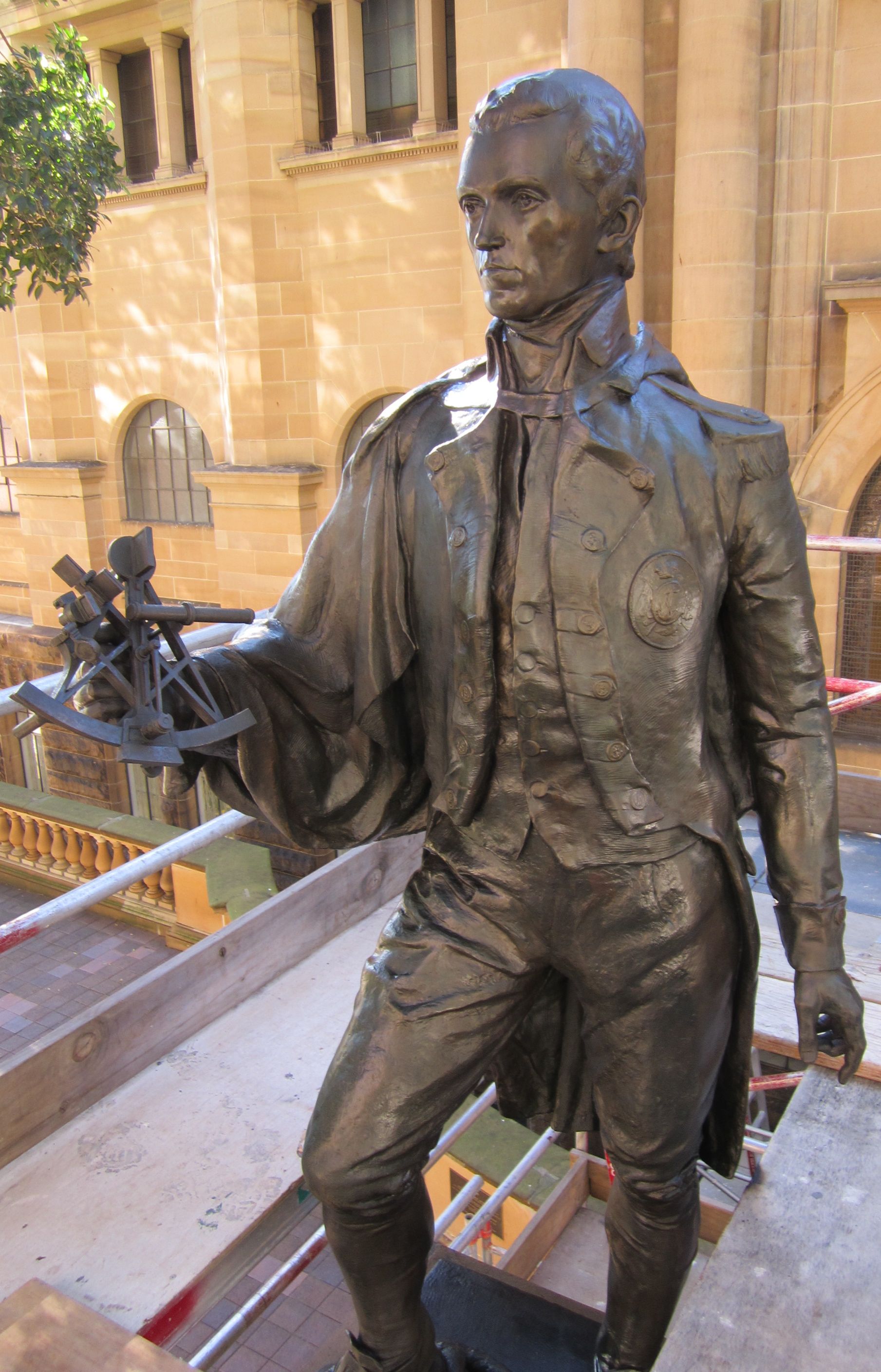 Overview Standing high upon a white marble pedestal, a life-size bronze statue of William Shakespeare is the focal point of this memorial, located opposite the State Library of NSW in Sydney. Surrounding Shakespeare on lower plinths are a selection of his most famous characters: Romeo and Juliet, Othello, Portia and Falstaff. The memorial, created by Australian sculptor Sir Edgar Bertram...