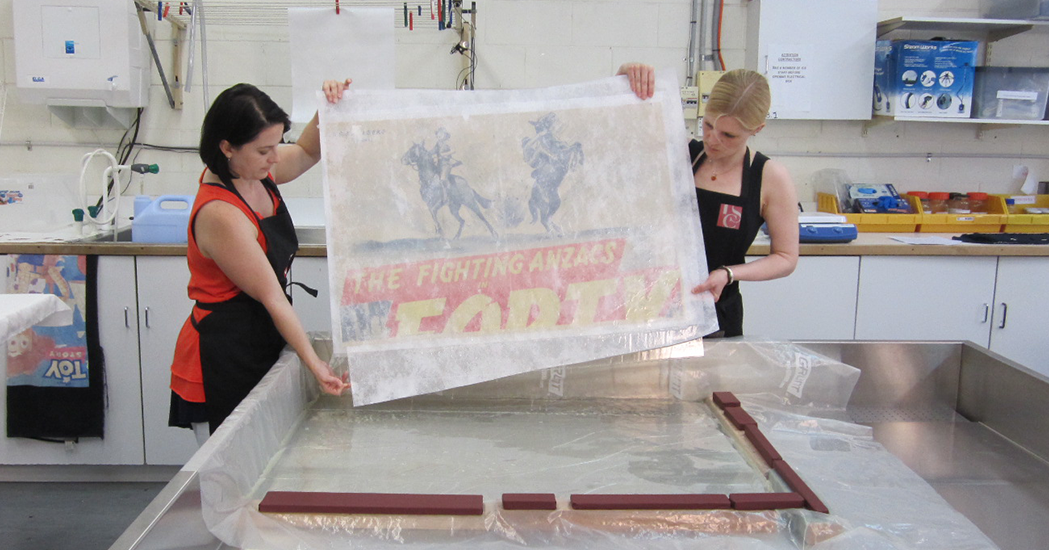 The classic Australian film Forty Thousand Horsemen was one of the most popular films of its day. Released in 1940, it aided military recruitment and lifted national pride during World War II. Evidence of the film’s success can still be seen in the form of posters and other ephemera collected by institutions throughout Australia. In March 2013 ICS was contacted by the National Film and Sound Archive about one such poster hanging in the Chauvel cinema in Sydney where it had been since the film’s release.

This large six-panelled poster was pasted to a wall located in a space commonly used for events. As a result it had sustained various tears, losses and stains over the years. Water ingress through the supporting wall had also caused the plaster to expand which resulted in further damage.

Due to upcoming building works and the deteriorated condition of the poster, it had to be removed from the wall. This was done section by section, using a facing poultice to soften the adhesive and a purpose-built system to support the sections as they were removed from the wall. This treatment took several days and was complicated by the fragility of the paper support and the fact that a range of different adhesives had been used.

Once the six sections of the poster had been safely removed from the wall, they were brought to our laboratories for treatment. First, each section was surfaced cleaned and immersed in an aqueous solution to remove discolouration and adhesive residues. They were then strengthened with archival linings, which also helped to repair the tears and join the sections back together. The reassembled poster was then rolled onto a tube and housed in a purpose-built archival box for long-term storage. 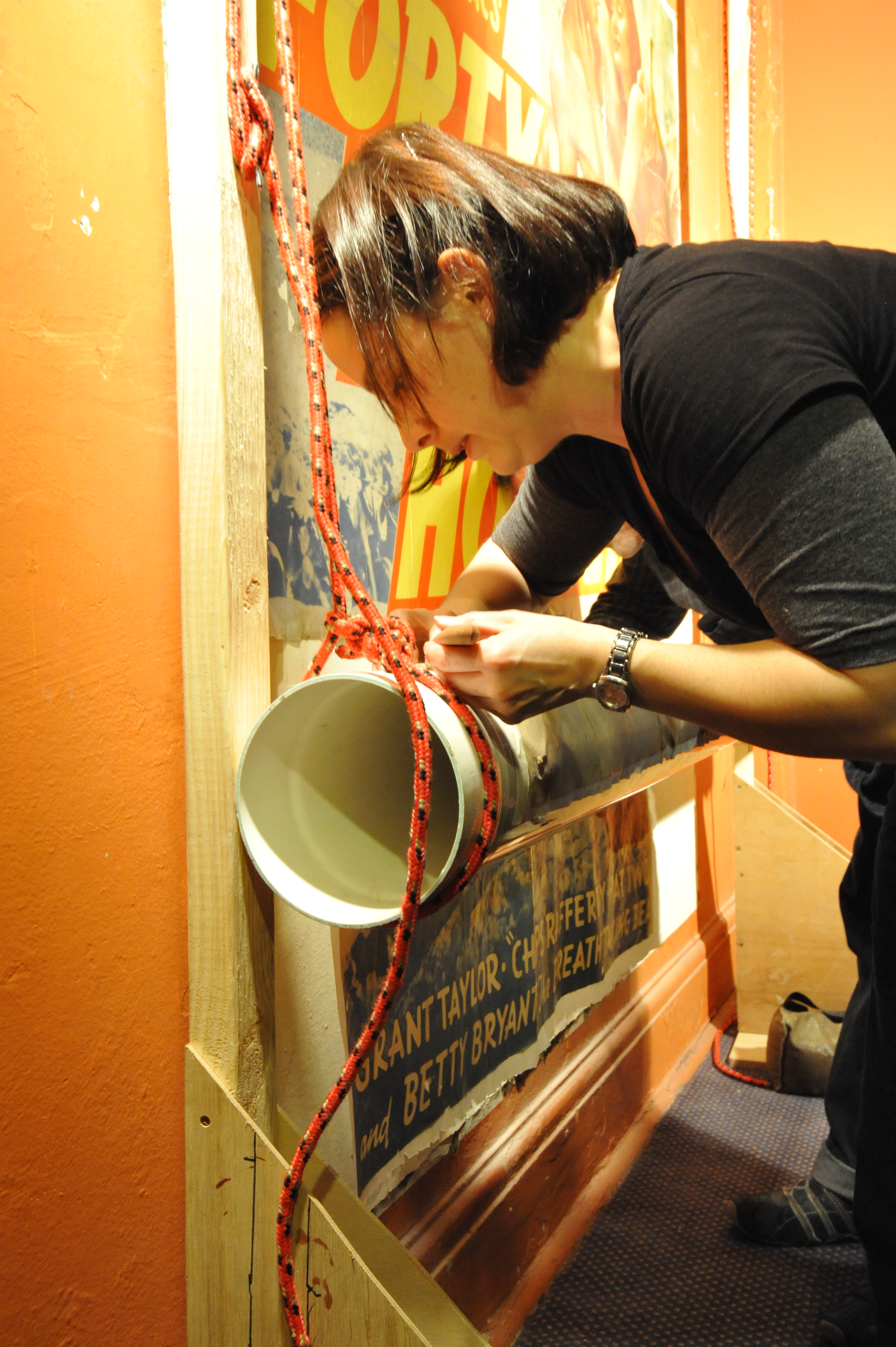 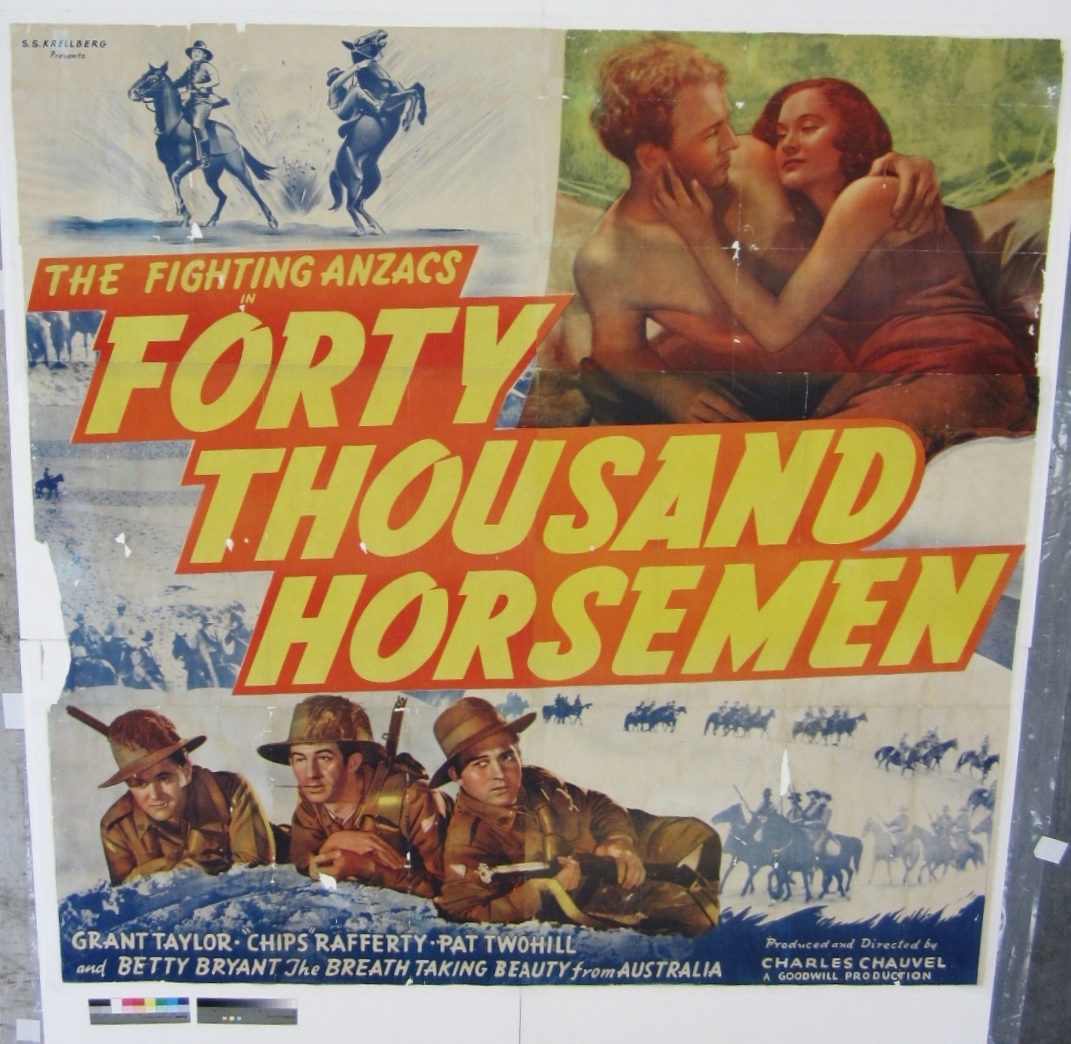 Overview ICS treated a large number of historical plans and maps belonging to the NSW Land and Property Information (LPI). The plans of towns and suburbs within the state of NSW varied in length from 40cm to 1,000cm. In total, the ICS paper conservation team spent almost 2,000 hours treating 613 plans in order to stabilise and prepare them for...