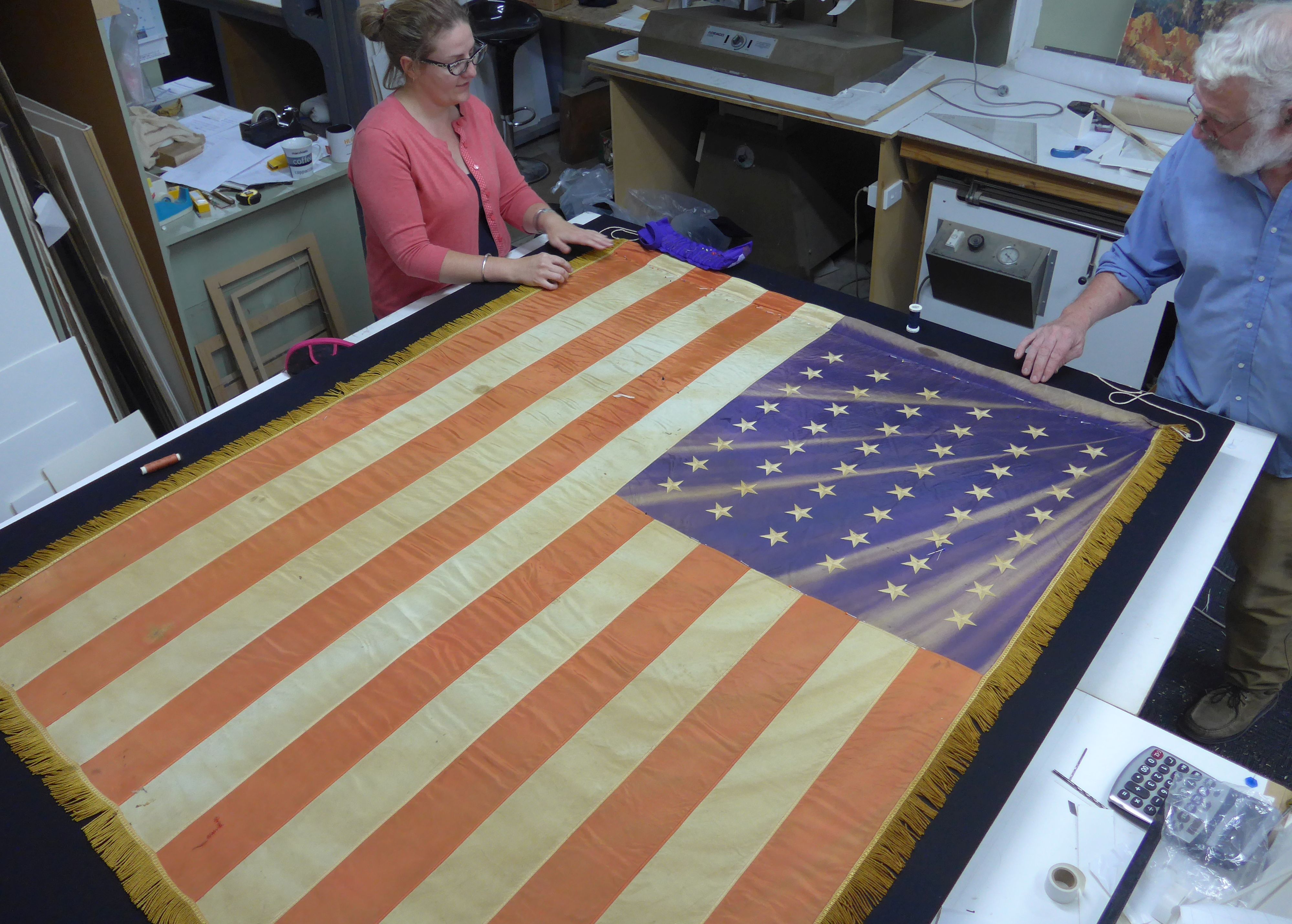 As the first American flag on the beach during the famous Battle of Guadalcanal, this flag is an important piece of WWII history. Following the Battle, Colonel HA Cavanaugh brought it with him to Australia, where he emigrated after the war. In 1957 he presented it to the Ivanhoe RSL and it has been in their possession ever since.

After many years in storage, the flag was in much need of conservation and repair. Primarily made out of silk, it has embroidered stars and a heavy braid border, and is attached to a long wooden pole. Antique silks are quite fragile by nature, and so, over time the piece had fallen out of shape and its colours had faded quite significantly. There were also several insect holes across its surface.

ICS was approached by Ivanhoe RSL to conserve and frame the flag. The process involved:

The flag was recently re-dedicated at the MCG and presented to US Vice-President, Joe Biden. It was a symbolic choice of venue as the First Regiment of the First Division of the United States Marine Corps (who held the flag during the Battle) briefly made camp at the MCG whilst on leave. Our Senior Textiles Conservator, Skye Firth, was honoured to be part of the proceedings, and was able to discuss the conservation of the flag with Vice-President Biden. 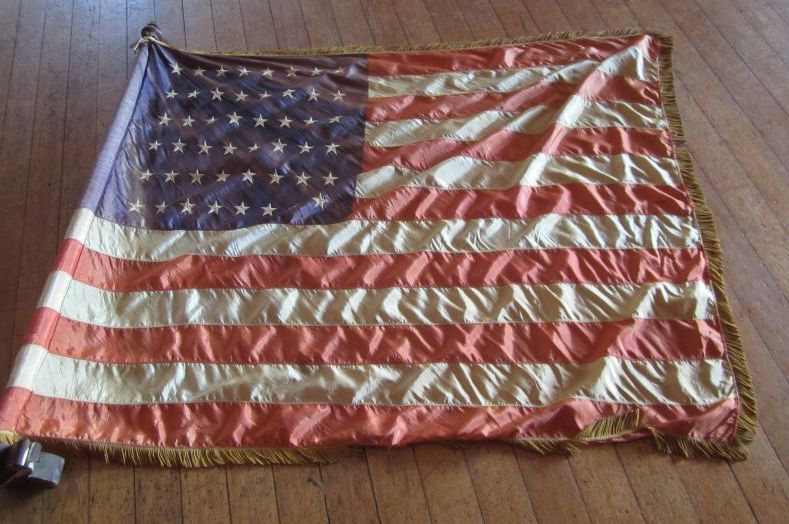 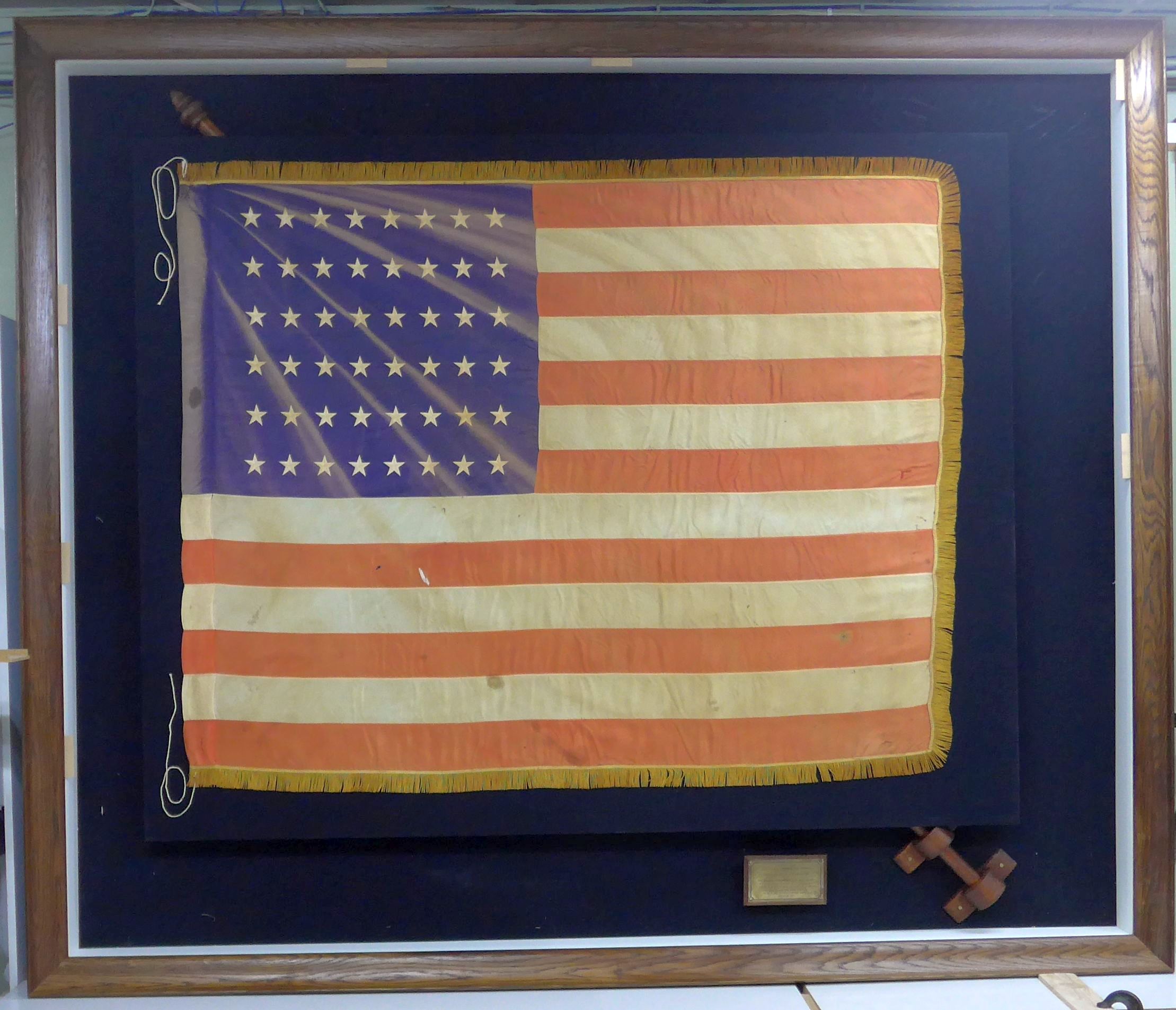 One of the earliest examples of Tasmanian furniture, the Hamilton Inn sofa is so called because of its provenance to Hamilton Inn in the Tasmanian Midlands. Acquired for an auction record price by the Tasmanian Museum and Art Gallery in very poor condition but totally unrestored, ICS were commissioned to undertake a painstaking restoration that allowed the history of the...

Le Corbusier Tapestry When young Danish architect, Jorn Utzon, designed the Sydney Opera House, his vision also included plans for the art to be displayed within it. So, in 1958 he wrote to renowned French-Swiss architect, Le Corbusier, asking if...