Birdwood Heritage Committee, on behalf of the Dean and Chapter of Newcastle Cathedral, and the University of Newcastle

Named in honour of General William Riddell Birdwood (1865-1951) – the commander of the Australian forces on the Western Front during the latter part of WWI – the Birdwood Flag served as the Australian ensign, and was the first recorded, and officially sanctioned, presentation of an Australian flag in the field of war (as distinct from the Union Jack which had hitherto been flown by Australian forces).

This highly significant Australian flag has outstanding social and historical significance for the people of Newcastle (and the country as a whole). The funds raised for the flag’s creation and manufacture came from a public appeal organised by Miss Dora Sparke and the Newcastle Field Force Fund, which she established across New South Wales to raise money, make clothing, and gather gifts and soldiers’ comforts.

The Birdwood Flag had deteriorated badly due to age, use and having been ‘laid up’, or hung, within St Michael’s Chapel in Christ Church Cathedral, Newcastle, since 1924.

After 60 years the flag began to disintegrate, gradually falling into small pieces. Many of these pieces were collected by the former Dean, Graeme Lawrence, and stored in a cardboard box at the Cathedral.

The hundreds of fragments – most smaller than 3cm2 – included recognisable portions from seams within the Union Jack, sections of the Hoist Edge, sections of the outer edge seam of the flag, the Commonwealth Star and three of the stars of the Southern Cross. The silk itself was in poor condition, with little remaining strength.

A range of alternative approaches to the conservation of the Birdwood Flag were considered, from stabilisation and storing of the fragments, to construction of a reproduction version, to a combination of known and conjectural reconstruction.

The hundreds of fragments of the Birdwood Flag were painstakingly sorted, cleaned, and humidified (to relax and soften the deteriorated silk fabric in preparation for stitching). The fragments were then laid out into original positions where this was able to be determined, or approximate positions based on the colour of the silk, evidence of seams or other information. The fragments were tacked (stitched) into position between two layers of tulle fabric which is commonly used as lining in the conservation of fragile silk textiles.

A new ensign replicating the original Birdwood Flag was commissioned and attached to a padded backing board. The fragments of the original flag, held between the tulle lining layers, were then laid over the replica ensign and sewn into position.

A protective showcase was commissioned so that the Birdwood Flag can once again be displayed, in turn, at the Cathedral and the University of Newcastle.

Birdwood Heritage Committee, on behalf of the Dean and Chapter of Newcastle Cathedral, and the University of Newcastle 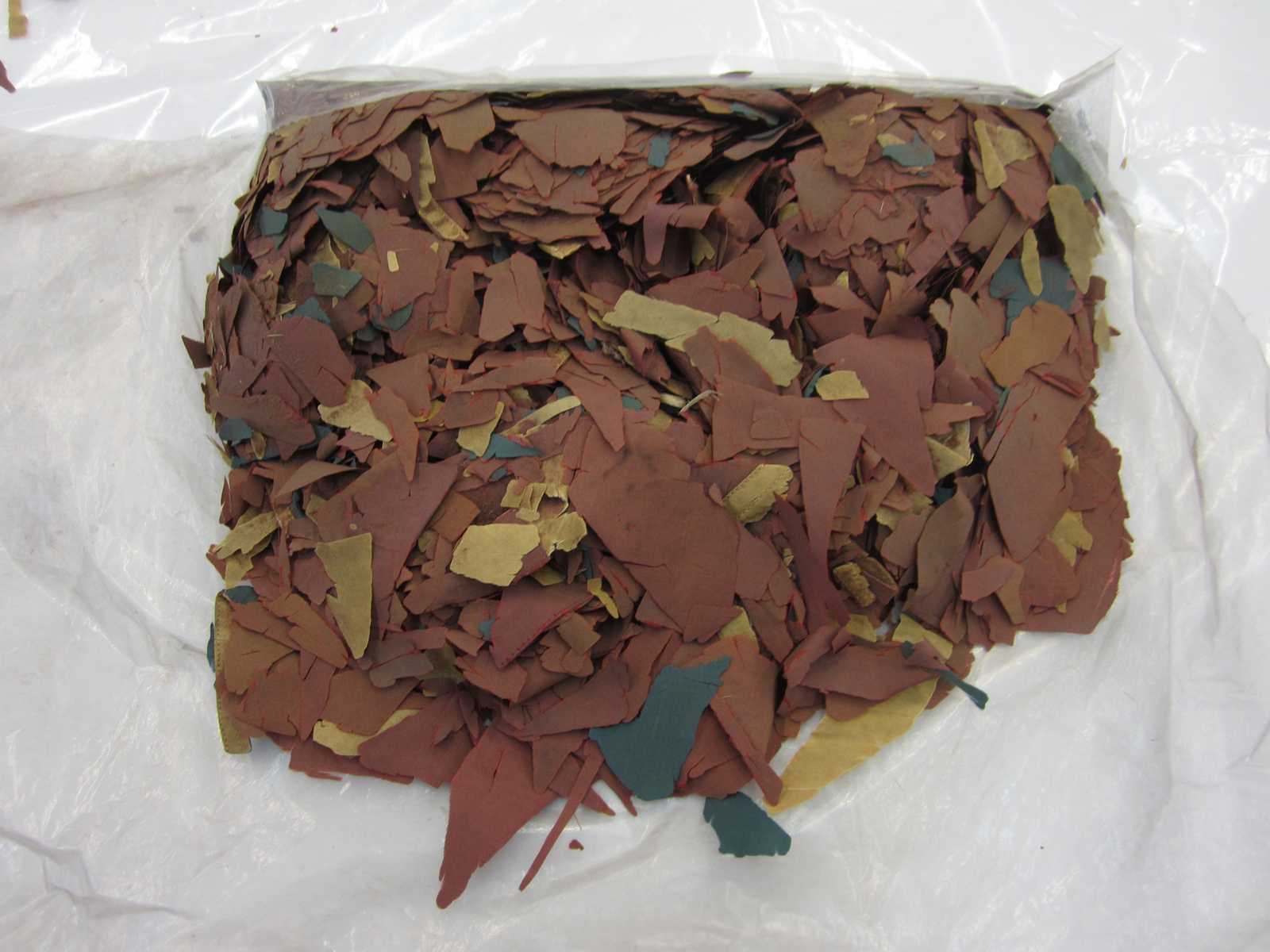 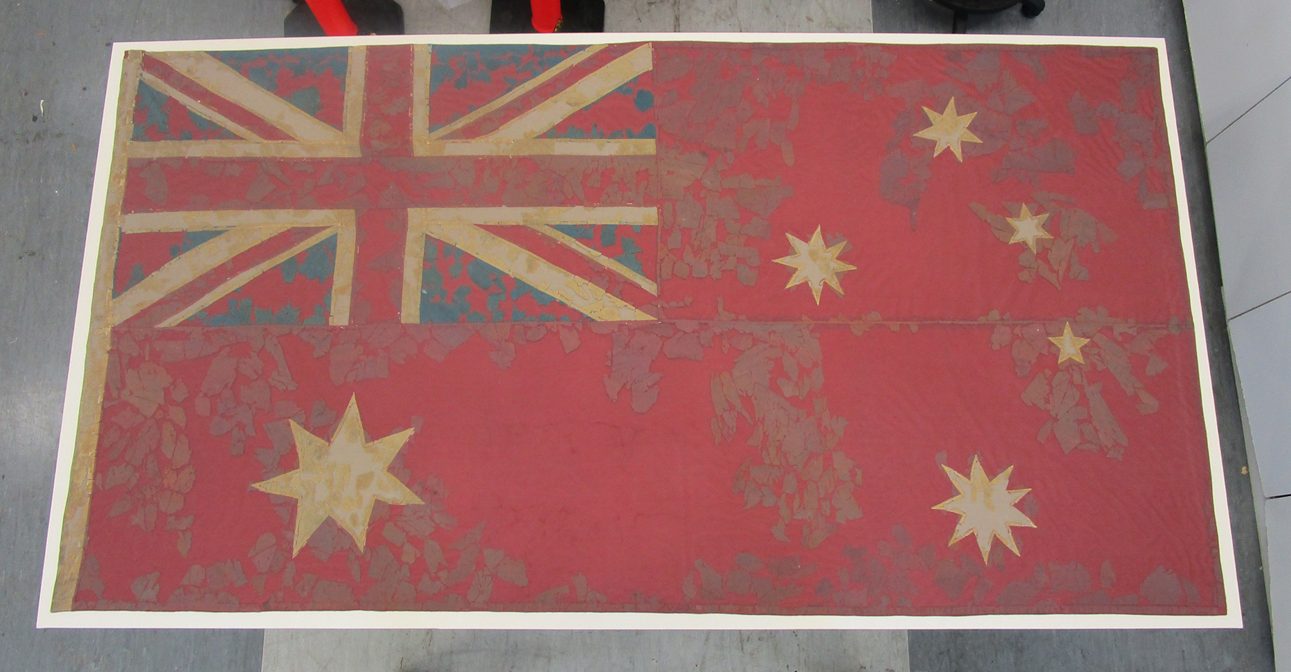 A fire at Sydney’s Central Station was the impetus for the restoration and conservation of this marvellous mid-century Melocco Brothers artwork. The impressive wrap-around wall relief depicts the history of transportation above travertine walling and a beautiful terrazzo floor map...